Add a text label to your Firefox icons in OS X

VE2 is a fork of the original jquery validationEngine found at http://www.position-absolute.com/articles/jquery-form-validator-because-form-validation-is-a-mess/.

Ruby interface to the libmemcached C client. The original branch with the original code to set/get items bigger than the 1Mb limit. If you intend to use this functionality, though, it is better to track http://github.com/chuyeow/memcached

Collusion for Chrome (and Safari!) — a browser extension that lets you visualize and, optionally, block the invisible websites tracking you, based on Mozilla’s Firefox add-on Collusion <https://github.com/toolness/collusion>.

"feather-plugins-stable". Maintained, and designed to work in concert with jf/feather.

mini_magick, - with my own fixes and patches

This is with the latest version of webhook: 2.7.0

sorry, my bad! I had been editing the wrong hooks.json. Turns out that there is no problem with command-working-directory. 👍

This is with the latest version of webhook: 2.7.0

Sure. I just had the impression (as I believe most folks would as well) from the docs (https://www.nomadproject.io/docs/job-specification/task#kill_signal) that my tasks would be getting TERM instead of KILL

NOTE: I'm guessing ideally, the standard messaging in various places (nomad/structs/structs.go, command/alloc_status.go) with text like 'Sent interrupt' might have to change as well, but maybe that can be part of a bigger discussion. For now, I think updating the default from SIGINT to SIGTERM makes sense.

Not too sure why nobody has noticed, but it seems like nomad job stop sends a docker task the interrupt signal, as opposed to the expected TERM as per https://www.nomadproject.io/docs/job-specification/task#kill_signal

My debug output for the signal parameter gives interrupt.

My first clue was from my alloc logs, where I see 'Sent interrupt'. The line from nomad job stop is called out below

any standard job file will do

Non-leader task in taskgroup not being sent interrupt 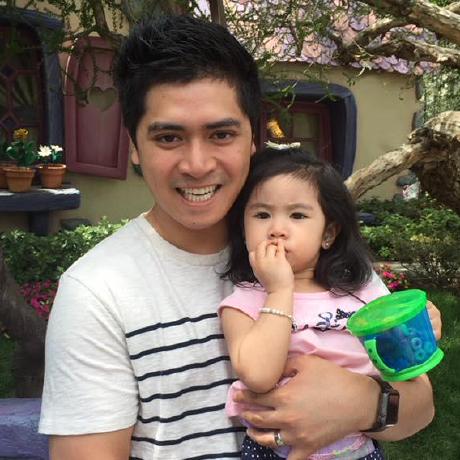 Thank you for coming up with this, @toymachiner62 . I didnt even think that we could have a dynamic tag this way!!

I've improved upon this and fixed the way to keep the tag constant between the build and push steps:

This works and gives you a stable tag in the environment. Really all you need is a a stable tag between "Build docker image" and "Push image to Amazon ECR". The format of the tag is entirely up to you, but I like having the datetime + hash reflected 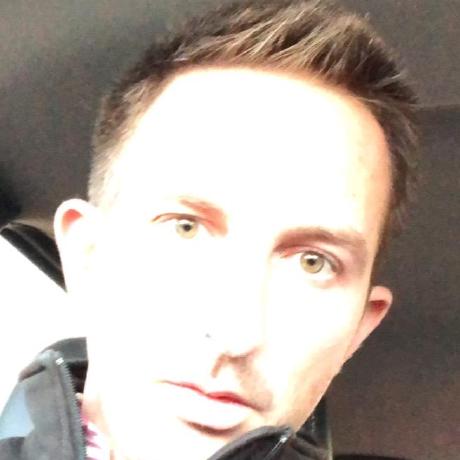 http-socket does not support Keep-Alive

@jf From the source code: https://github.com/unbit/uwsgi/blob/uwsgi-2.0/plugins/http/http.c#L658

Excellent, thanks! I see it now. On another note, if anybody has any recommendations for another server to check out that has proper http keep-alive support, I'd be glad to hear it. 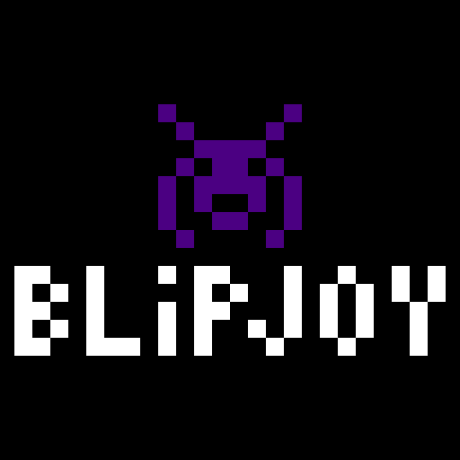 http-socket does not support Keep-Alive

Btw, "http-keepalive" option value is a number which specify timeout (in seconds) after which an inactive connection is closed by server. How can I configure this timeout when I will use "http11-socket"?

@marc1n what is your source for this? I see https://github.com/unbit/uwsgi/issues/2018, which seems to indicate that this is a boolean instead.

I wonder if the fix is not more complicated than that:

I agree with you that the choice of letting it empty is probably unfortunate, but the change would be very late in the game, what I mean is that some users might take decisions based on the fact this value is present or not.

As mentioned at https://github.com/hashicorp/consul/issues/4599#issuecomment-689611373, I'm not sure what the value of having Service.Address be empty would be.

About choosing to use it the correct version, (Service OR Node), maybe the doc should be lear about what the default strategy should be, but it is probably to the Consul wrappers to implement it.

it would indeed be helpful for the docs to clear about this, yes

For instance, in the implementations of our SDKs, we provide wrappers for that, for example, https://github.com/criteo/consul-templaterb/blob/master/TemplateAPI.md#service_address 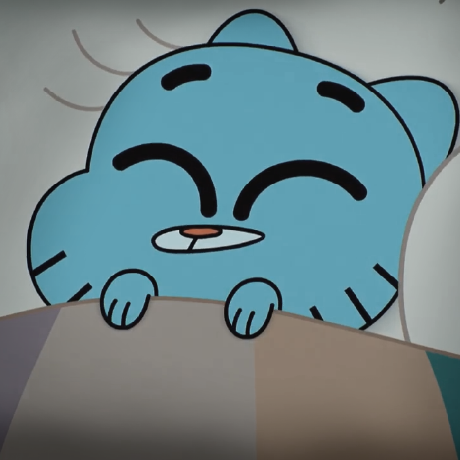 I agree with you on the initial issue, but I think that many tools are now doing assumptions based on this value being present or not, see my comment: #7782 (comment)

I'm late to this issue but... what tools would these be, and why would they care about it being empty (""?) vs being filled with an actual IP address? I fail to see why having the actual IP address reflected in Service.Address is a problem vs it's current "" value

Now no external dependencies are needed to play with all combinations of ENTRYPOINT and CMD.

this is great! thanks.

At least the shell form prevents the CMD to be used. A second /bin/sh normally doesn't make sense in the command line, but of course depends on what the entrypoint does with it.

Surely the shell form still does something with the CMD provided in the Dockerfile? That was my point and why I say the documentation isnt really correct.

I you like you could draft a PR to update the table in docker/cli repo.

Thanks. I can. Just not too sure about (as I've said) whether this is a bug in the doc, or if the behaviour has changed.

But coming back to what I would like to verify (or else I could have just done the PR to docker/cli myself): is this a bug and the intention of The shell form prevents any CMD or run command line arguments from being used still remains the same... or has that changed? Can you help me with that?

(Your echo test, btw, failed because it would have been (breaking up the parameters) run as /bin/sh, -c, echo, /bin/sh,-c, exec_cmd p1_cmd. All of those arguments after echo got passed as arguments to /bin/sh, and not to echo)

yeah, I know because I did see the result of docker top... but also because I investigated the process data (not necessary, but just helps to confirm things) in the container. Now the question remains: is this a bug? is it still intended that, according to the doc The shell form prevents any CMD or run command line arguments from being used? Which is it?

@StefanScherer can you confirm which is correct?

If you only look at the output, how do you verify that echo got run with sh -c echo?

My testing for the table shows otherwise. Have you tested it?

Command gives --ignored-param2, while output uses cmd cmd2. This is besides the fact that the container's output from top does not reveal the command line arguments for both sh and top; you need to use docker top test for that.

First up, my apologies if this isn't really as vetted as it should be. I'm not entirely certain that this affects its use as called from c.Meta.FlagSet within the same file. What I do know and can tell is that this same string is used for the help output... which gives you misleading text:

It really should be nomad node eligibility -help instead.

I also see other Name() funcs for other commands that might need fixing, btw. If I can get some confirmation that all of the Name() funcs within command/*.go only affect help text, then I can go about fixing them.

csi: skip unit tests on unsupported platforms (#8033) Some of the unit tests for CSI require platform-specific APIs that aren't available on macOS. We can safely skip these tests.

vault: ensure ttl expired tokens are purge If a token is scheduled for revocation expires before we revoke it, ensure that it is marked as purged in raft and is only removed from local vault state if the purge operation succeeds. Prior to this change, we may remove the accessor from local state but not purge it from Raft. This causes unnecessary and churn in the next leadership elections (and until 0.11.2 result in indefinite retries).

always set purgeFunc purgeFunc cannot be nil, so ensure it's set to a no-op function in tests.

build: use hashicorp hclfmt We have been using fatih/hclfmt which is long abandoned. Instead, switch to HashiCorp's own hclfmt implementation. There are some trivial changes in behavior around whitespace.

UI: use lazy-loading for Xterm.js (#7964) This updates Xterm.js to 4.6.0, which includes support for reverse-wraparound mode, so we no longer need to use a vendored dependency, which closes #7461. The interface for accessing the buffer that’s used for test assertions changed. With the dependency now accessed conventionally, we can have it load only when it’s needed by an exec popup window, which closes #7516. That saves us ≈60kb compressed in the dependency bundle!

cleanup driver eventor goroutines This fixes few cases where driver eventor goroutines are leaked during normal operations, but especially so in tests. This change makes few modifications: First, it switches drivers to use `Context`s to manage shutdown events. Previously, it relied on callers invoking `.Shutdown()` function that is specific to internal drivers only and require casting. Using `Contexts` provide a consistent idiomatic way to manage lifecycle for both internal and external drivers. Also, I discovered few places where we don't clean up a temporary driver instance in the plugin catalog code, where we dispense a driver to inspect and validate the schema config without properly cleaning it up.

As per subject, if you install the latest nomad package for Ubuntu (I'm using Focal), the systemd unit file is as follows:

Progress update please, can this be merged?

I think it looks like this was the intention, but https://github.com/terraform-providers/terraform-provider-aws/pull/9032#issuecomment-639695850 seems to indicate that discussion is being moved to https://discuss.hashicorp.com/t/discussion-of-aws-security-group-rules-for-absolute-management-while-avoiding-cyclical-dependencies/9647 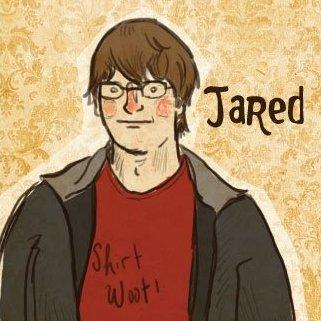 @cloudhead just a ping again. Do you have any issues with this PR? 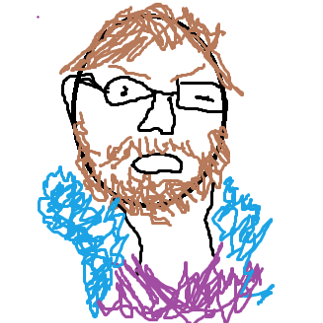 I see that "Unlicense" was already stated as the license without this project's approval. Please do not think to speak for rbenv-gemset. 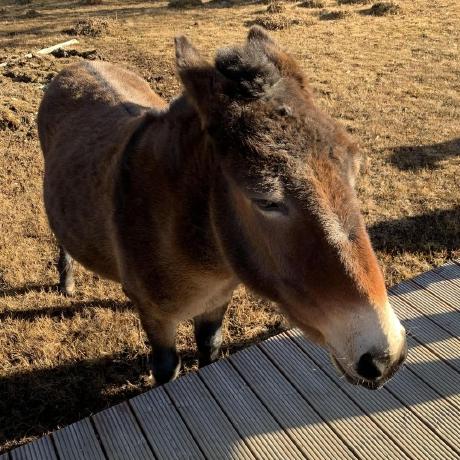 Gemset not "hooking" into rbenv version

I'm new to this, so forgive me for some simple mistakes. Following the README hasn't really helped me; I've seen on other issues that there has been some confusion about the README.

When I used a gemset for RVM, I would see it in the ruby version. I would run:

I could also a have a .ruby-version file with the gemset in it like this: 2.5.1@my_cool_app. And it worked perfectly. When I would view my ruby version, it would tell me my version with the gemset.

However, that's not happening with this plugin. I followed the README

rbenv version in my project, I get this:

There is no gemset. It seems like the gemset is there, but it's not doing anything.

Am I wrongly expecting RVM behavior? Is it actually working fine? 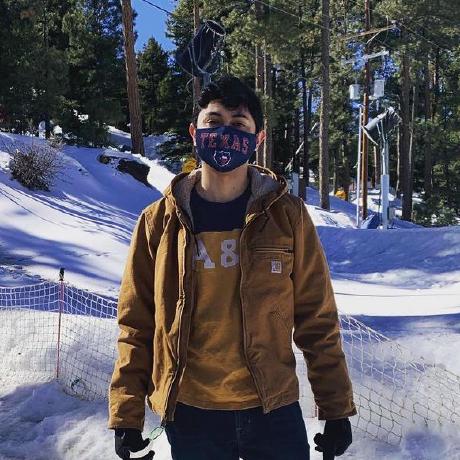 I did it all in the same commit, if that's ok. Figured it's probably better, and a cleaner commit.

I think this will be helpful. If there were some option or way to configure it that would be great.

as per subject, correct the phase info for lua_need_request_body. I assume this should be rewrite/access/content_by_lua

Embed the Power of Lua into NGINX HTTP servers