Ask questionsNon-leader task in taskgroup not being sent interrupt

Non-leader task in taskgroup receives no interrupt when Nomad decides an allocation should be stopped, say, from a count decrement.

This is a problem because the leader task is the sidecar proxy which is the source network for the secondary task, the app itself. Since it receives no interrupts, it is unable to perform graceful shutdown actions until it receives its interrupt, which is when the network is gone since it was attached to the leader task. 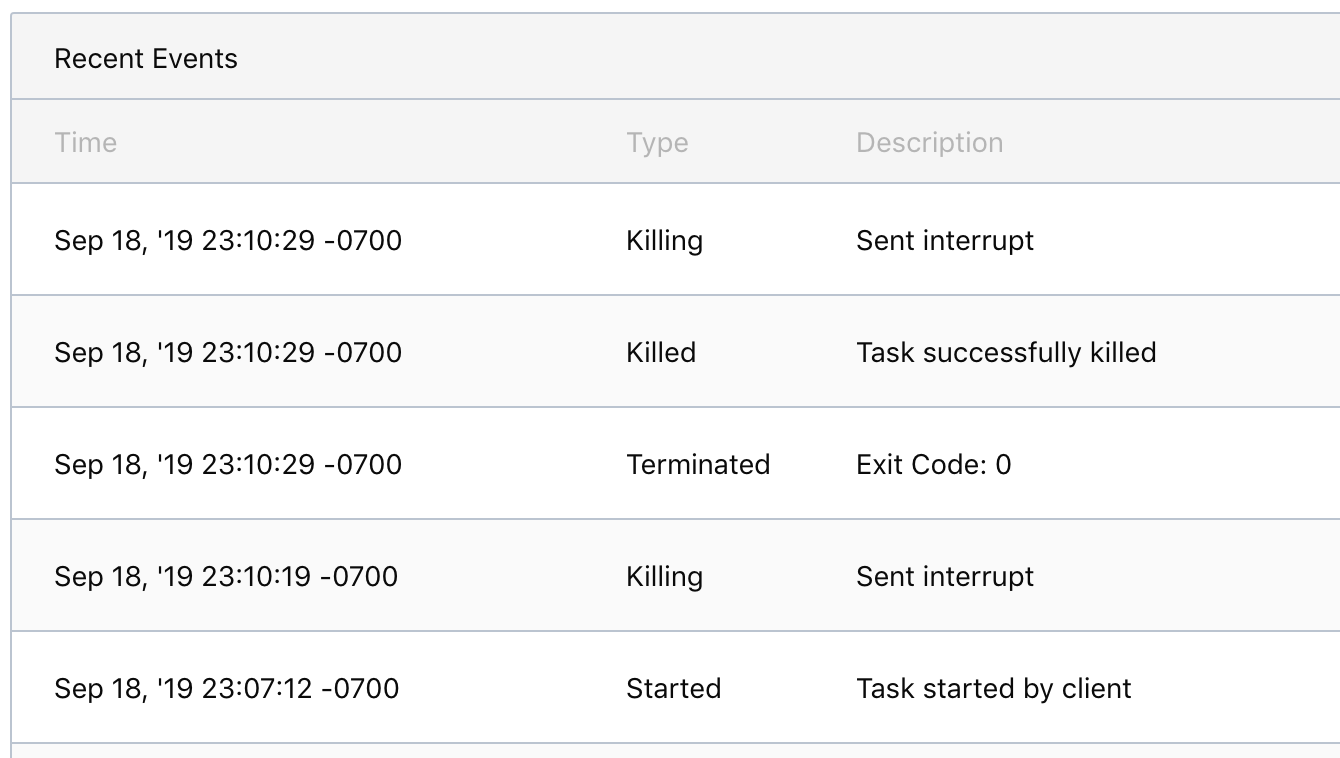 I believe the expected behavior is every task in a taskgroup should receive an interrupt at the same time.