Rocks for building scenes in Spoke

Question: Video/Image Sequence/GIF to be used as a Texture in GLTF

Regarding the 'flipboard-style' animation technique, there is an add-on for Blender made by Mozilla that allows you to attach a component called uv-scroll with simple controls to specify offset increments. When you export from Blender as a .glb, the component will be embedded in the model as a glTF extension. (This add-on also adds support for lightmaps, among other features.) The Blender add-on: https://github.com/MozillaReality/hubs-blender-exporter 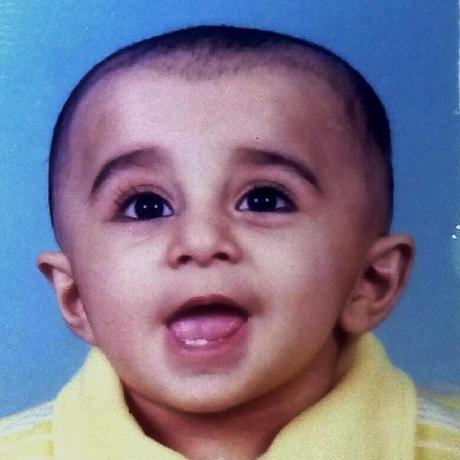 'Model' and 'Spawner' elements default to a scale of 0.1

When using either the 'Model' or 'Spawner' elements, the default scale of the element is 0.1

I would expect the model scale to be 1.0 by default.

This can cause confusion when placing models in your scene.

Thanks for reporting this one. We’ve noted this before— it’s due to floating point errors as the uv coordinates get bigger and bigger and lose accuracy. We need to change the code to have it ‘loop back’ to the starting point instead of scrolling to infinity. It’s fascinating yet annoying. 😆 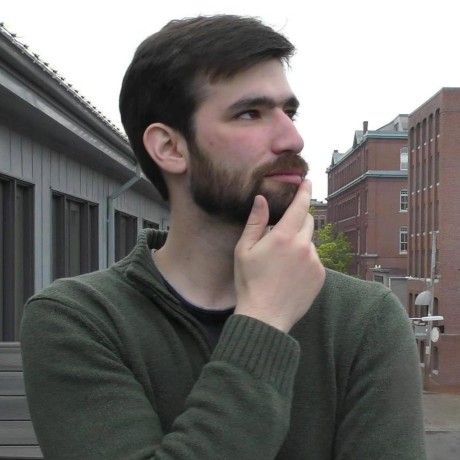 There are not very many video formats (codecs) that support alpha channels. Most that do were not intended for use on the web. As far as I understand, in order for Hubs to support this type of format, there would need to be an extension to glTF to allow it. Also, three.js would need to support rendering the format, which it may already. 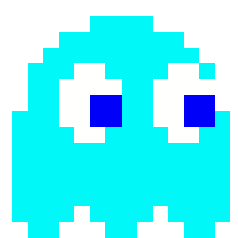 Media Frames light up when using the Pen tool

Description When activating the Pen tool, all Media Frames light up (as if you're holding a frame-able object) 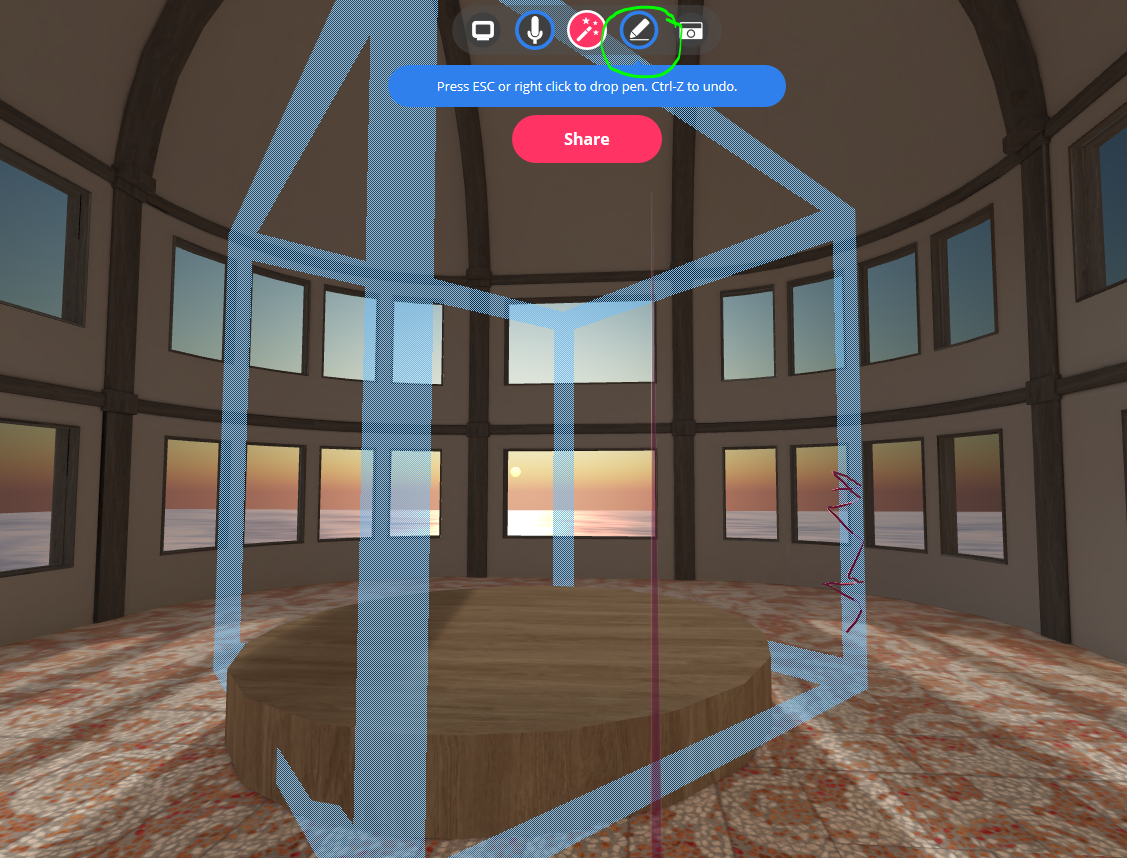 Additional context You can also draw on the media frames as if they were solid boxes.

Browser tab title shows scene name when back in Projects

Description: After editing a scene, returning 'Back to Projects' still shows the previously edited scene name in the browser tab title. This occurs in Firefox and Edge, although I'm guessing it would occur in any browser.

The broken link icon is clean and clear. 👍

Need a field to allow manual attribution for acquired content

"- Uploaded images and videos shouldn't have default attributions, the user will need to set them directly."

If there's a place somwhere in Spoke to specify the Spoke account holder's info, we could auto-populate with that. This might break down if the model was taken from somewhere else though. Not sure how I feel about this the more I consider it. 🤷‍♂️ 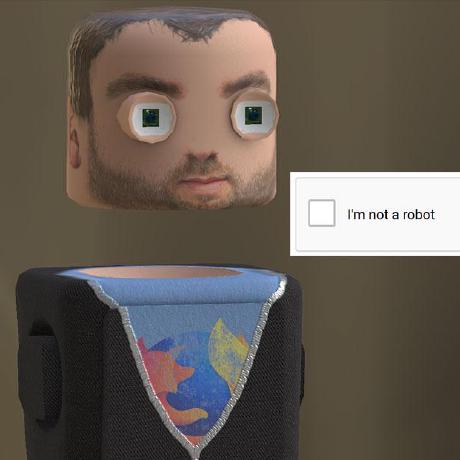 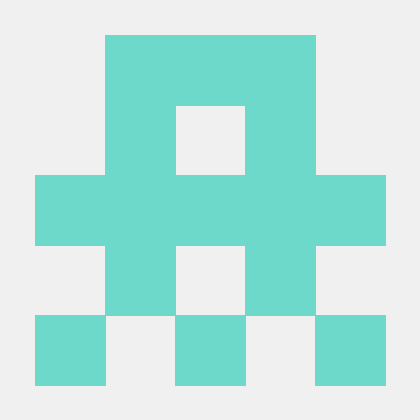 I'd probably go with one of the standard 'color' bots since they have hands (in case you're using 6-DOF controllers).

Dom and I noticed this again today during the meetup: 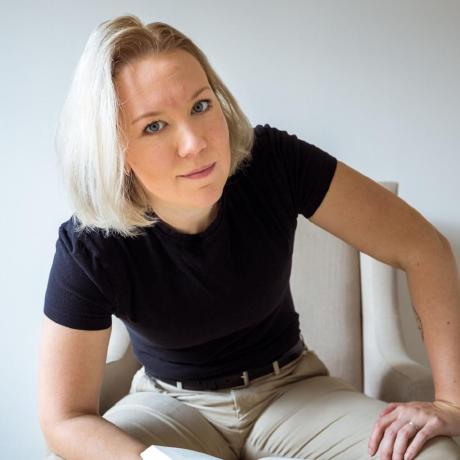 Alpha is ignored unless BaseColor is assigned an image texture 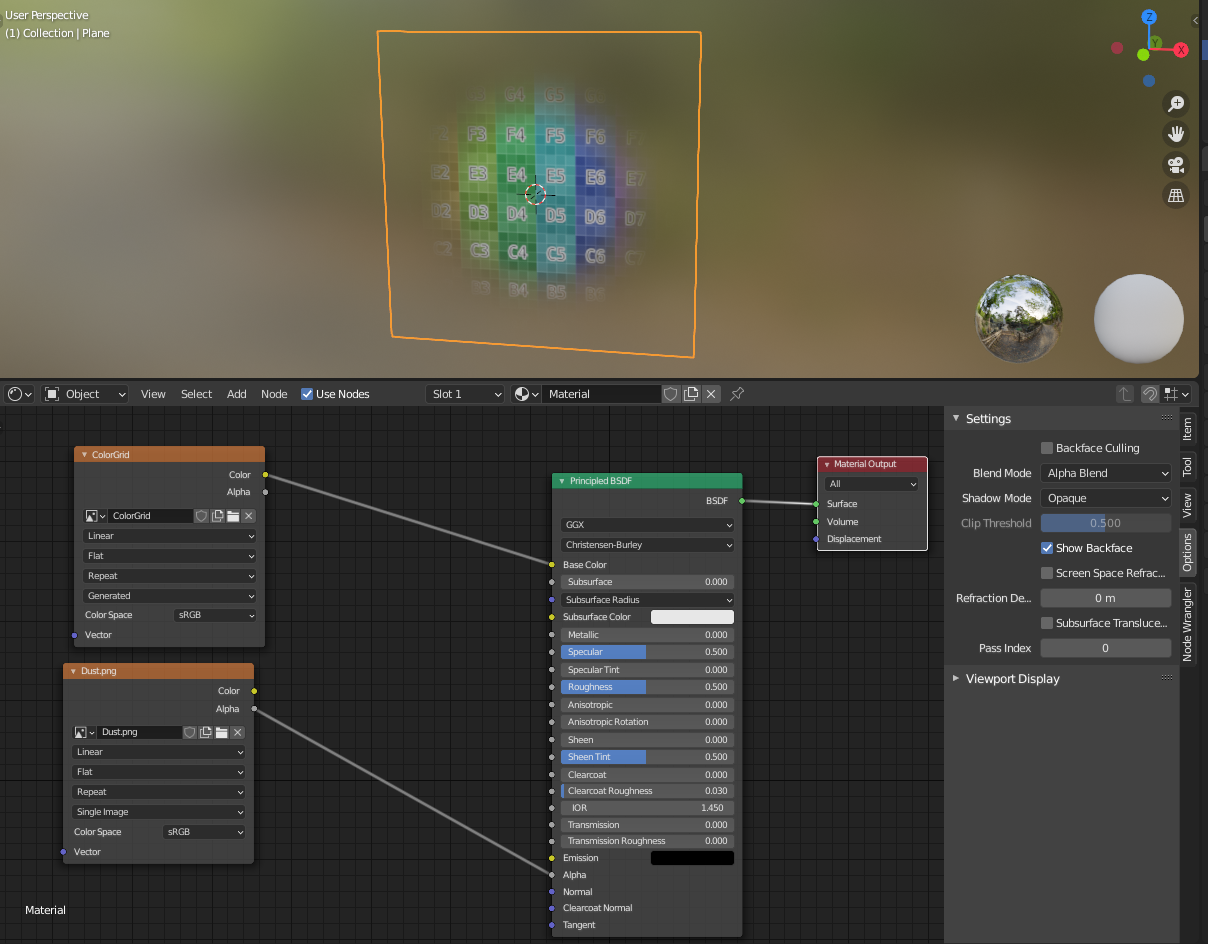 And so does this: 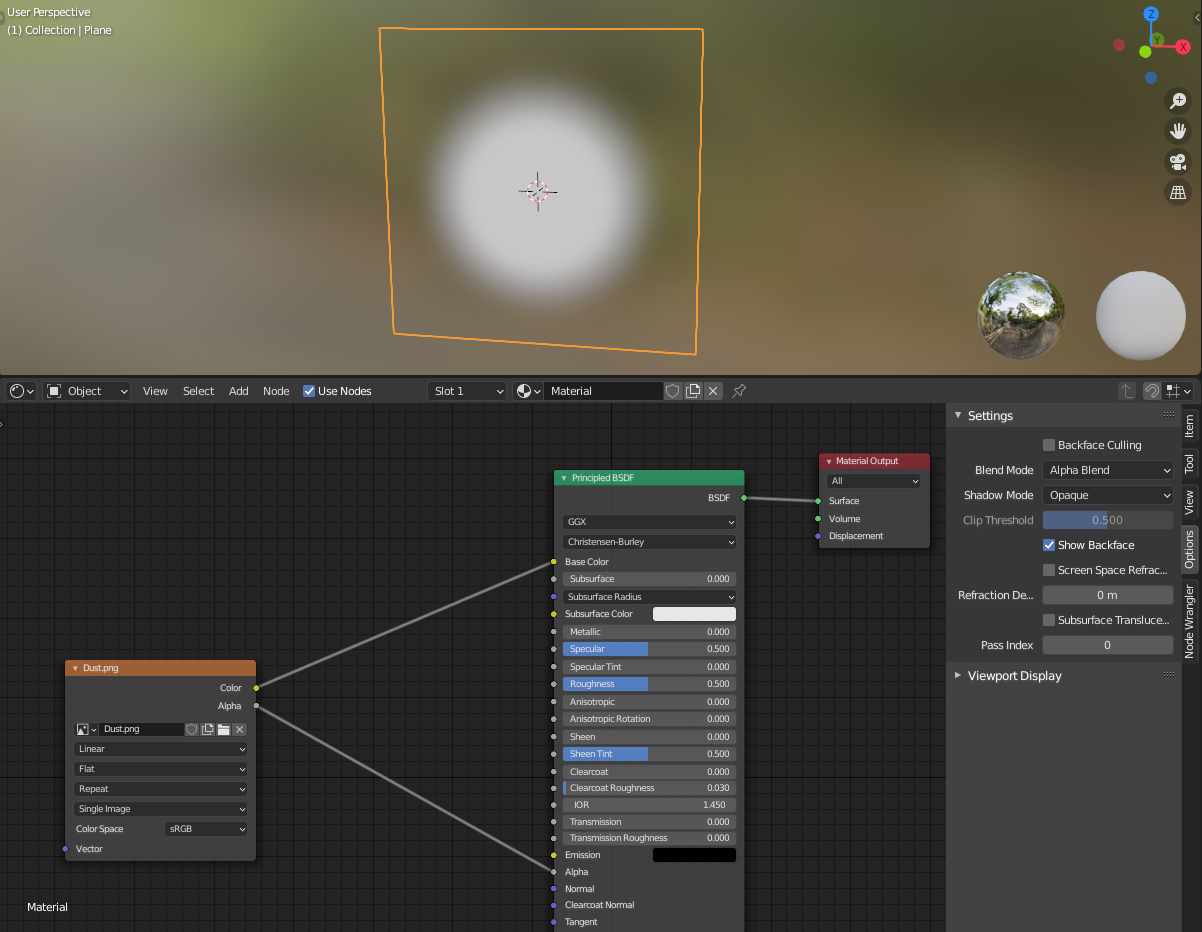 But this does NOT export with alpha: 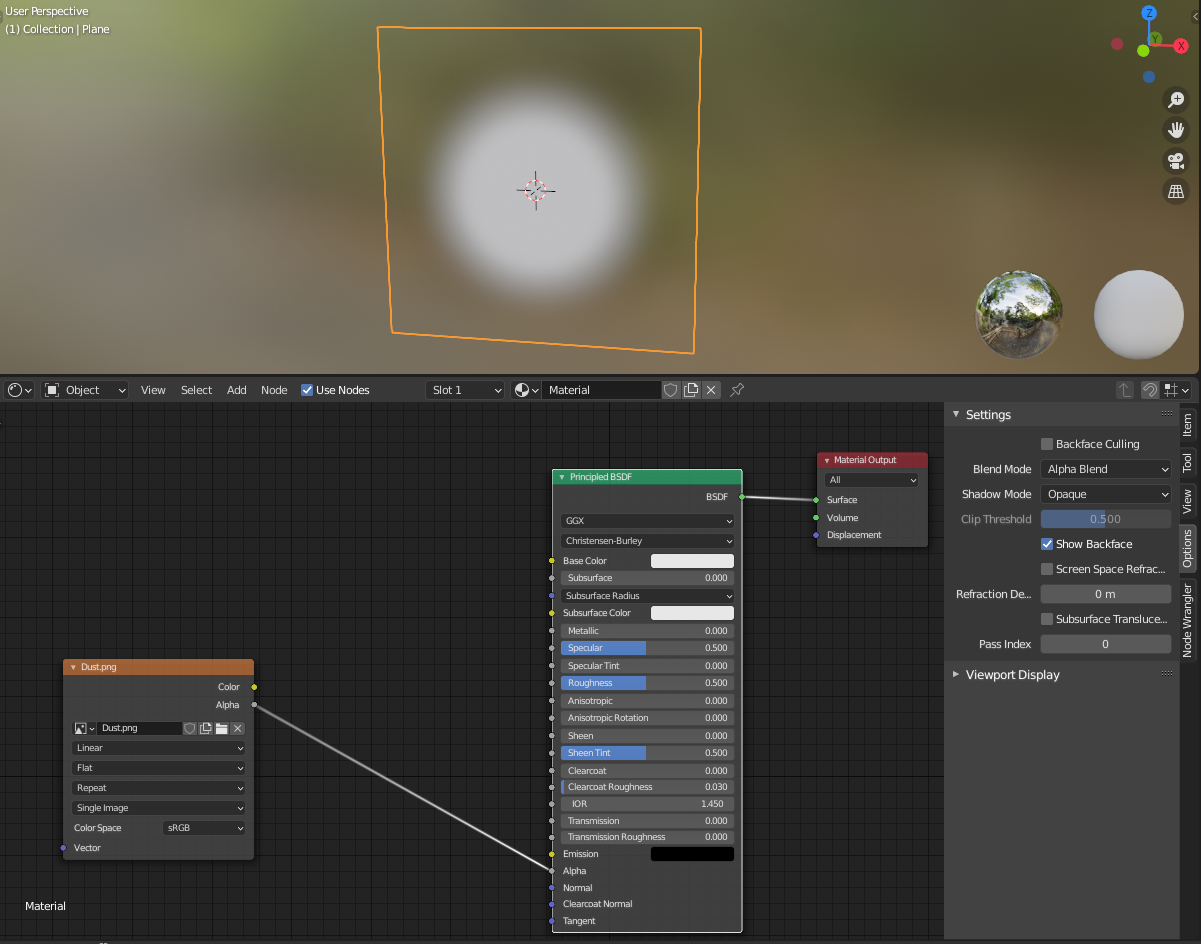 Lightmaps get ignored on export when using PBR shader

If you have a model using a built-in lightmap (exported from Blender using our hubs-blender-exporter add-on), if you are using a BSDF shader (PBR), it will be ignored by Spoke when publishing to Hubs. The lightmap will show as expected inside Hubs, so there must be something getting ignored or stripped out at publish time. (Two .glb objects attached for reference)

Note: Hubs will recognize the object's lightmaps correctly if you simply drag/drop them into Hubs:

(Foreground is the dropped-in object): 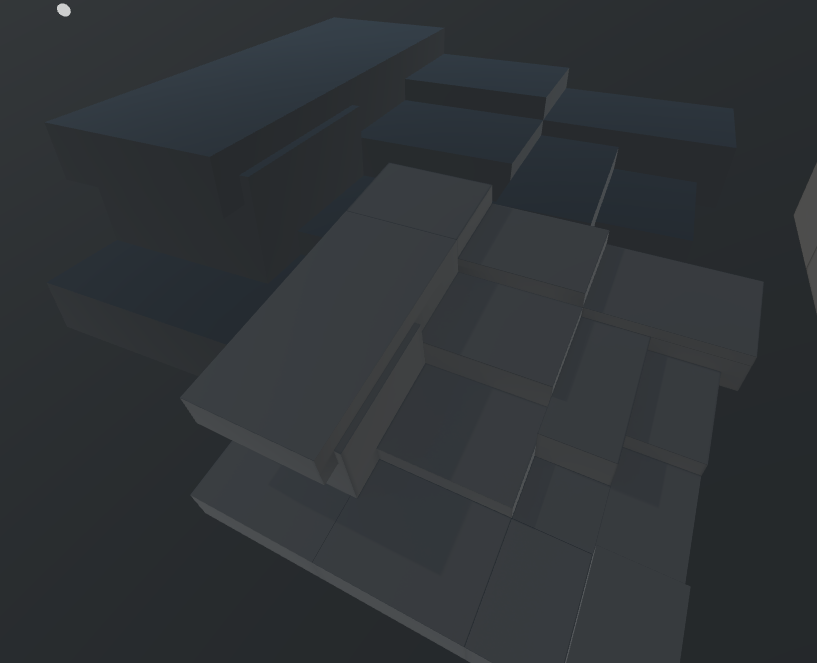 Also, consider a different tag name for that particular tag "featured-remixable"... That tag is actually used to make the scene appear in Spoke as a project template. But that's not very apparent by the name--in fact, it's somewhat misleading.

When attempting to add tags to scenes in the Admin tool, having a dropdown of choices for those tags would be very helpful. Currently, you need to know the exact syntax for the tag you wish to add, which isn't shown anywhere on that page. 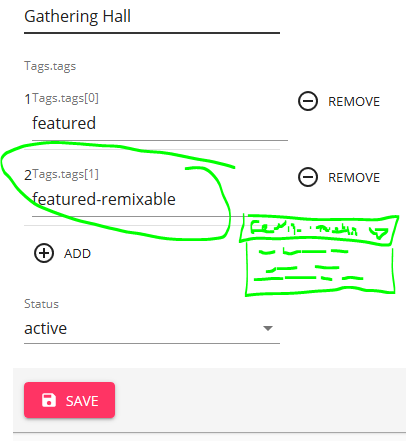 (Pardon the crude drawing on the screenshot)

Morning Dew Hubs template by JC not loading into Spoke

Expected behavior To be able to remix Morning Dew scene

Screenshots If applicable, add screenshots to help explain your problem. 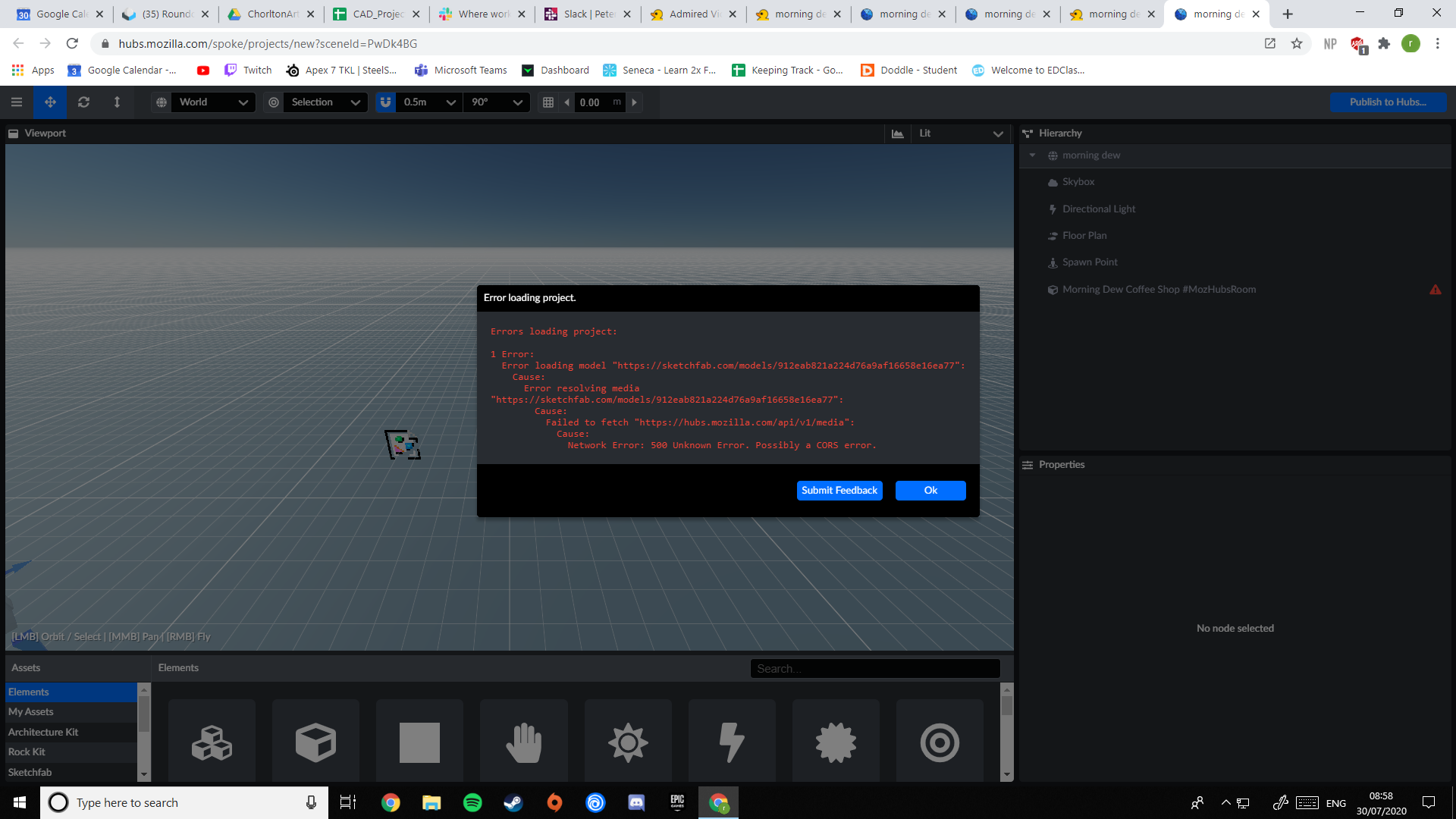 Additional context Add any other context about the problem here. 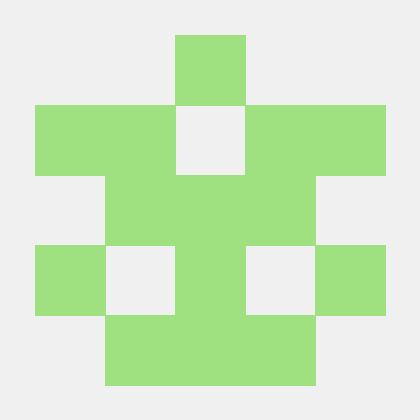 Morning Dew Hubs template by JC not loading into Spoke

Looks like the Sketchfab model owner marked the main model as Private so it cannot be downloaded anymore, and therefore, cannot be remixed in Spoke.

I went through the Admin tool and turned OFF remixable, but left the scene as-is since it will currently load in Hubs just fine.