Documentation markdown for all Vapor packages.

A suite of tools to help translating Mac and iOS apps.

According to CGSConnection.h, sets a "Universal Owner" for the connection ID. Currently, that owner is Dock.app.

My theory was on Mojave

5a) Attempt to move a test window that I have open and know the WID of.

That was the theory, looks almost exactly what the Dock app is actually doing. But it's not working. 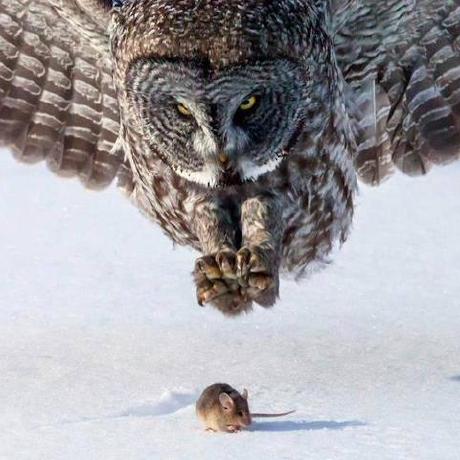 CGSSetUniversalOwner requires a private entitlement only Apple-signed binaries can have.

Add rotation to the menu bar

Would it be possible to add rotation (0°, 90°, 180°, 270°) to the menu bar? I’ve found that vertical monitors aren’t so useful when screensharing, and so I’d like a quick way to switch between rotations when I spin a monitor around.

Thank you! I’m a bit behind on my SwiftPM stuff, just now getting into it. 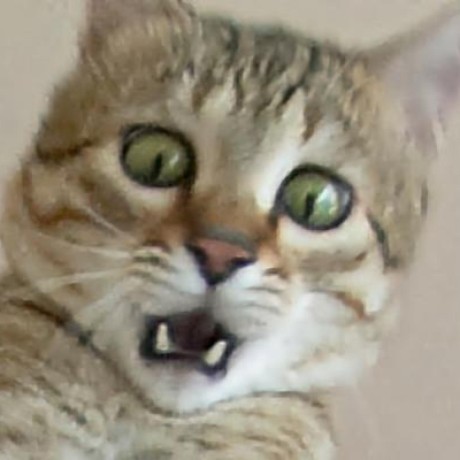 Fix: Swift Package failed to build since it required 10.11

- Set macOS build target to 10.12, since that's when the ISO8601DateFormatter is available.

- Updated to Swift 5.2 (lots of changes in code with unsafe pointers, which are now more safe, I guess?). - Updated projects to have SDKROOT = "$(SDKROOT:default=macosx)"; which will hopefully make Xcode work better (maybe SwiftUI will work one day?).

- Removed a lot of extraneous `return`s.

- Marked this module as using only application-extension-safe APIs, so it can be used in more places.

- Use macros instead of numbers in our plists so the bundle versions are all the same. - Add marketing-version to "App Store Receipt Checker" project, remove from Info.plist.

- Updated so dates are always parsed into Date structures (before this 'ia5String' dates were just returned as String, which I do not think is as useful) and so that (hopefully) the new App Store style of ISO8601 ASN1 dates with milliseconds will be parsed (I have not been able to verify this yet though.)

- Trying to merge together my various branches.

- Split off getting the machine's `MAC address` into an extension of `ProcessInfo` and made it public because this is just a generally useful method.

- Apparently my folders slipped out of sync, I'm trying to make them sane again.

Not sure what I'm doing incorrectly, I've disabled csrutil and followed these instructions but nothing happens when I attempt to change to 1920x1080 HiDPI.

Every other mode works. 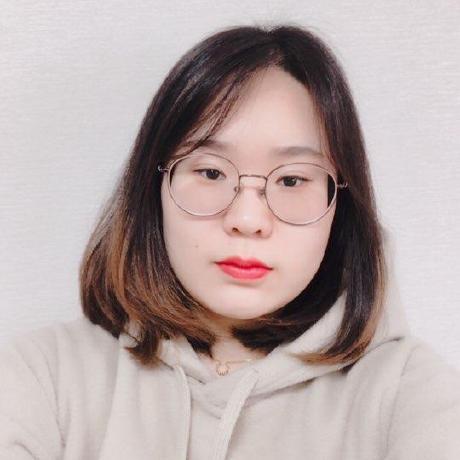 The 16:9 monitor can not use highdpi mode

I've followed all the necessary steps: enabling HiDPI mode with sudo command, generating and copying plist files to the right path in both /System/Library and /Library folders using comsysto's tool, installing RDM, rebooting at every step of the process. I still cannot select the HiDPI 1920x1080 resolution. It appears in the RDM menu list but doesn't do anything when I click on it.

I even downloaded the trial version of SwitchResX to see if it somehow was doing something I missed. It does create a new plist file in the /Library directory but has the same problem: the HiDPI 1920x1080 resolution is there (at several Hz options) in the list but it doesn't do anything when I click on it. (sidenote: it suspiciously works for >30Hz, so only resolutions that aren't supported for 4K output and results in regular, blurry 1080p)

Consulting the SwitchResX FAQ page, I find this (also mentioned in another issue thread): 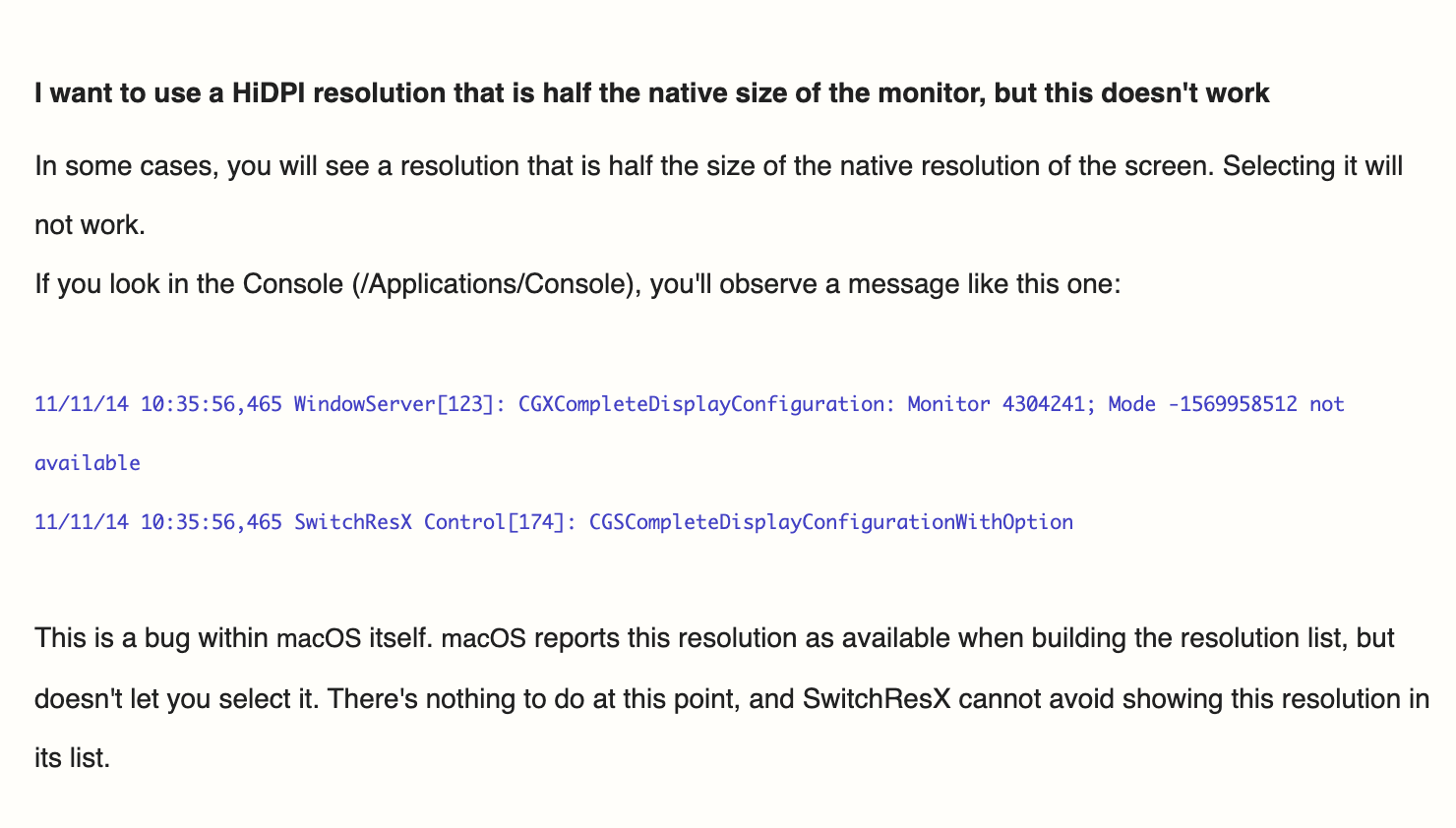 Sure enough, I found this error message in my console after trying to set the 1080p HiDPI resolution.

Even the developer of SwitchResX admits that there is this unavoidable "bug" in macOS that is preventing people from using the Retina HiDPI image rendering on non-Apple-approved TVs, specifically for the most common and actually-likely-to-work upscaling resolutions (50% and 25% of 4K). I don't think that this is a coincidence...

For those of us stuck in the 4K -> 1080p HiDPI rabbit hole, is there anything else to try? Could it be a hardware issue with the screen/connection? Specific lack of compatibility with Philips TV's?

Note that like others in this thread the non-16:9 HiDPI's seem to be working... I think this is specifically an issue with these MacOS-"blacklisted" resolutions that are also the most practical for 4K TV owners.