There's a problem if you need NODE_OPTIONS environment variables, which are not yet supported by the VS included node version. If such a variable is set, starting VS Code via Start Menu will fail silently and starting it via CLI will fail with ...\Code.exe: --max-http-header-size= is not allowed in NODE_OPTIONS

Why is the variable necessary? Node apparently had some security issue, which made them introduce a maximum header size of 8K. 8K is rather low for environments, where cookies containing access tokens, id tokens or both are present, which makes it necessary to set another value. Especially during development of angular the variable cannot be set via any other option, currently.

Unfortunately starting code fails, when the options are not known Workaround is to call set NODE_OPTIONS= before starting VS and using non-internal cmd windows for ng serve and such. 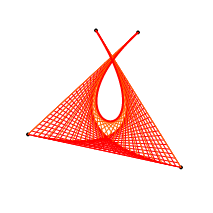