A lovingly designed and crafted suite of 300 (and counting) icons for web and user interface design.

The most popular HTML, CSS, and JavaScript framework for developing responsive, mobile first projects on the web.

[Bug?]: typescript auto import does not work with VSCode typescript SDK when trying to import from portal package

Thank you, the auto import doesn't work in your reproduction with both node_modules and PnP

Yeah I tried and it doesn't work with either linkers. Also tried on linux with slightly different results and updated in description. 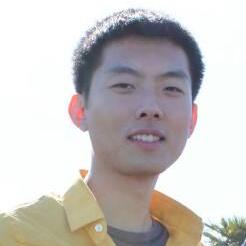 [Bug?]: [Windows?] typescript auto import does not work with VSCode typescript SDK when trying to import from portal package

Please provide a reproduction that we don't have to manually set up. A cloneable git repo is preferred.

[Bug?]: [Windows?] typescript auto import does not work with VSCode typescript SDK when trying to import from portal package

(On Windows at least) When setting VSCode to use yarn SDK's typescript server, it cannot find auto import (either via auto complete or the quick fix suggestion on hover) for anything inside a portal-ed dependency

Now, if I go select typescript sdk and select to use VSCode's version

then I can get this to show up (which, I understand is the tsconfig doing its thing, and this would not work without the path/include configs in there)

but, if I go and select the yarn sdk,

it no longer gives the import suggestion

if I manually write out the import myself, it can figure out where that is supposed to be, even if I remove the path and includes options from the tsconfig (and basically have a blank tsconfig).