tensorflow
If you are wondering where the data of this site comes from, please visit https://api.github.com/users/shpakovski/events. GitMemory does not store any data, but only uses NGINX to cache data for a period of time. The idea behind GitMemory is simply to give users a better reading experience.
Vadim Shpakovski shpakovski @NativeConnect Minsk, Belarus https://nativeconnect.app Cocoa Engineer

Cocoa project with Popup window appearing from the status bar

Modern implementation of the Preferences window for OS X apps, used in TextMate, GitBox and Mou:

OS X app replacing your cursor with a finger

An official repository for sharing your CBXML libraries with other developers.

Plugin for Xcode 4 that will exclude @property and @synthesize document items from the navigator menu.

Demo project for the component MASShortcut.

Hey 👋 I have an issue with recording this shortcut in my app and few other apps that use this control.

Is there a way to allow such shortcuts?

And thanks for this awesome framework 🙌

Update README.md update the value of the provided example (40 as % of 90) to match the returned value from the app 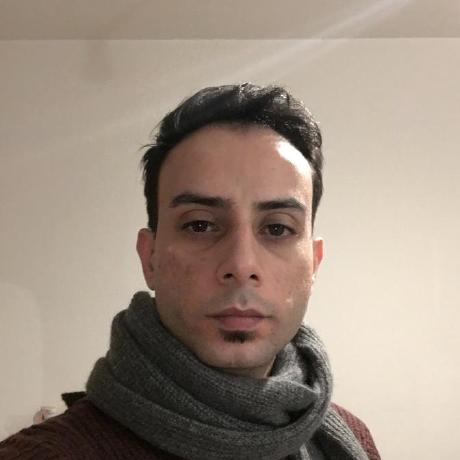 now they really are fixed :)

Hi! The symbolic links in include folder point to absolute paths starting with /Users/mrqwirk/.

I noticed that after uploading…. They still work, at least on macOS they do. But relative links would probably be better. I’ll look into how o can make them relative and platform friendly

Hi! The symbolic links in include folder point to absolute paths starting with /Users/mrqwirk/.

It seems that macOS Big Sur added some extra padding on NSButtons and buttons drawn directly from NSButtonCell has their title stretched out of its bezel, which results bad look of MASShortcutView on macOS Big Sur. 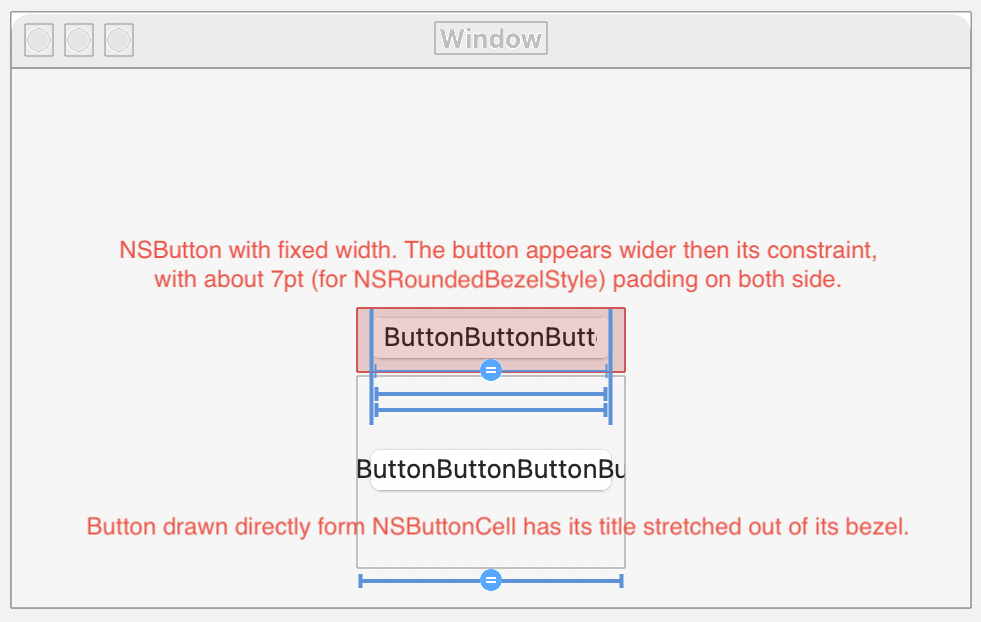 Examples below with bad layout of hint icons displayed outside of its bezel. 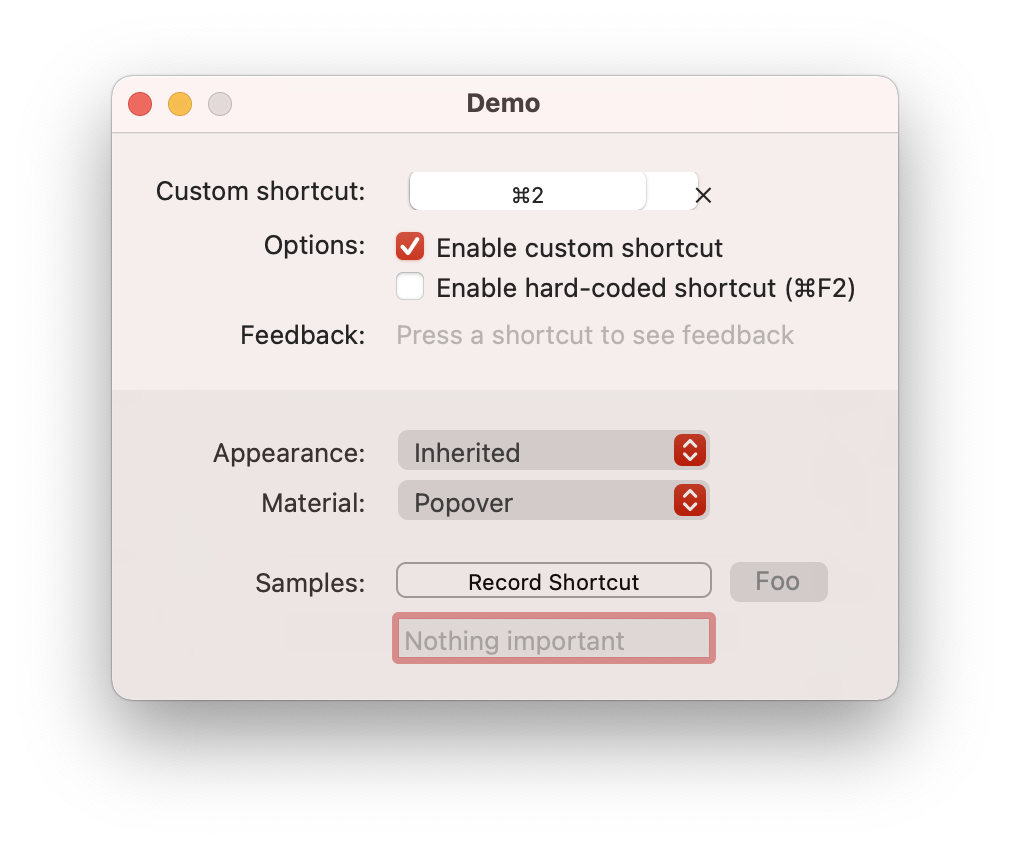 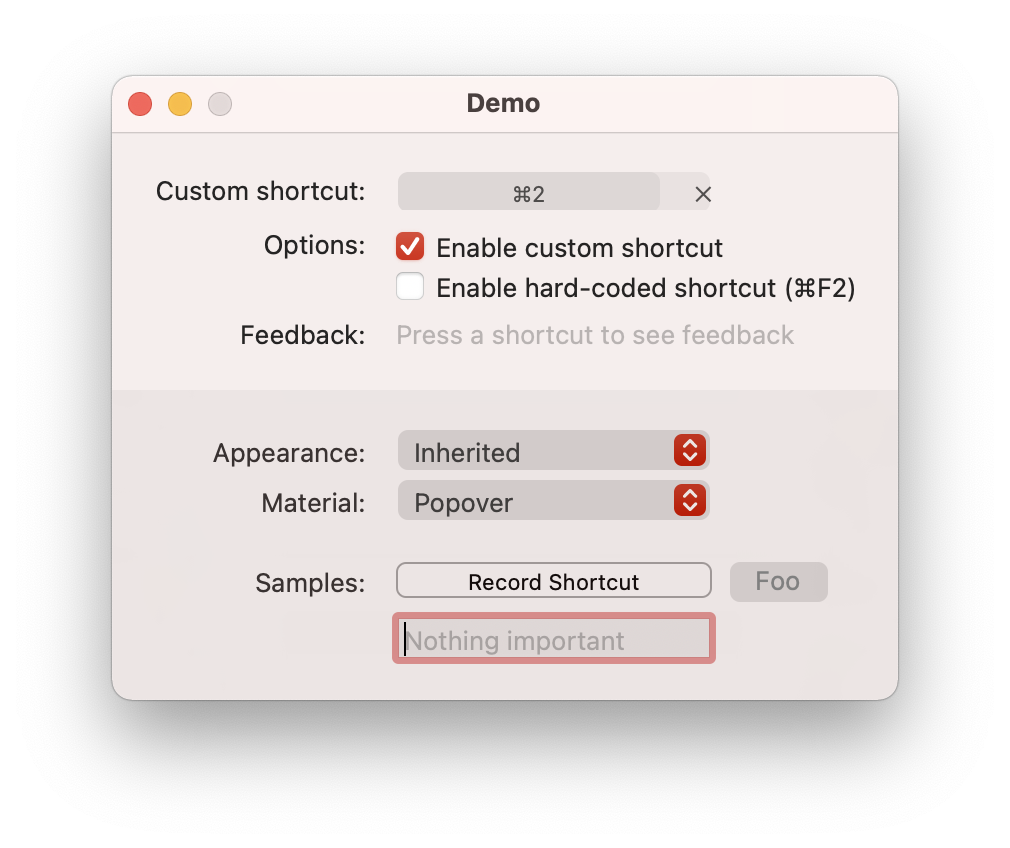 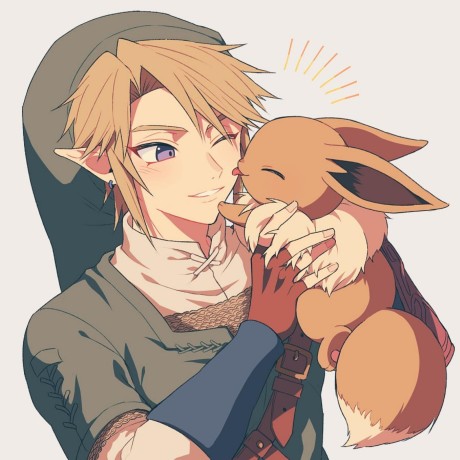 fixed in this pull request: https://github.com/shpakovski/MASShortcut/pull/159

I have this mostly fixed, with the exception of rounded button. Once I figure out how to make this one play nicely I’ll add the fix to my SPM pull request.

this fixes issues with other spm forks not compiling in Swift based projects. no bridging header is required, just use: import MASShortcut

or for SPM in ObjC: #import <Shortcut.h>