tensorflow
If you are wondering where the data of this site comes from, please visit https://api.github.com/users/pledbrook/events. GitMemory does not store any data, but only uses NGINX to cache data for a period of time. The idea behind GitMemory is simply to give users a better reading experience.
Peter Ledbrook pledbrook Cacoethes Software London http://www.cacoethes.co.uk/

A Grails plugin for generating DTO classes and converting domain instances to those DTOs.

ah, it's clear now. thanks. 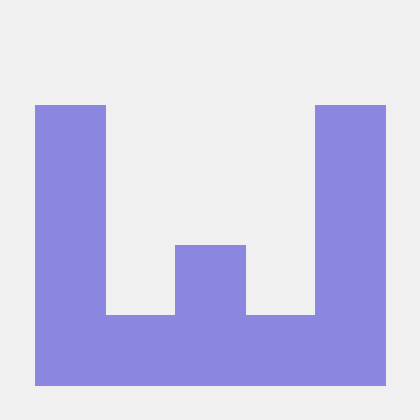 Impersonal Edge reduces Shadow Cooldown by 1 for every knife kill. It does not passively reduce shadow cooldown.

Impersonal Edge does not reduce Shadow cooldown by 1, while the description says it should.

Crash when loading from savefile (at Avenger, not in mission - prior, working savefile attached as well)

Beta 4.1, savefile "save_Beta4_SendGuysOnWaitingMission" crashes on load (save is on Avenger, not mission). I also have attached a save from the Avenger 2.5 game days earlier ("save_Beta4_OnAvenger"), where everything loads fine.

During those 2.5 days, some missions got detected and guys might have been sent to infiltrate a mission or two, but don't think any tactical stuff (missions) happened (don't remember exactly).

The behaviour (crash in one file, not the other) is consistent both with only required mods and with all my mods (75 or so). I haven't had a single crash related loading from savefiles earlier in this campaign (don't think I've had crashes at all this campaign). Current campaign date is November 14th (which crashes, and a save from November 11th loads fine).

Here's an alternative theory: Instead of using the values in XComLW_Overhaul.ini, initial Psi Op training uses same code/method as is used when gaining further Psi Op ranks, which are based on the values in XComGameData.ini, lines 98 to 103. Haven't looked at the code, but this would match the shown time of 4 days for training a rookie to Psi Op at Legendary ("Impossible") difficulty.

If indeed the wrong code/method is called, it would also explain why a rookie trained to Psi Op stays at 0 xp instead of getting set to 3 xp as soldiers trained through the GTS are: (and SPARKs are) The code for the later Psi Op ranks surely doesn't adjust current xp levels. 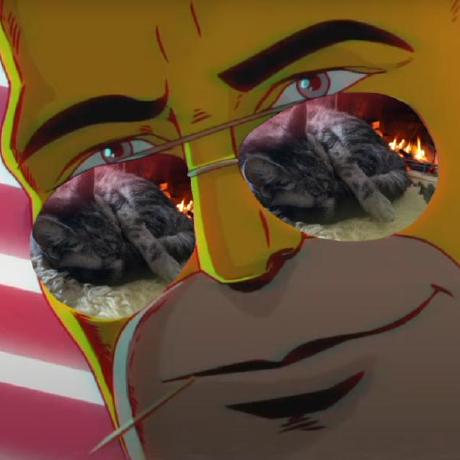 I recently got LWotC setup on my local machine. XCOM2 WotC wasn't able to start with the Alternative Mod Launcher, so I decided to run from Steam's 2K launcher. The managed to start, but in the menu, I got a warning saying that a required mod 'robojumperSquadSelect' was required to run. I quit out of the game and enabled the mod, but then I was getting this error:

I can't find anything on this and would like to know what's going on. Thanks in advance!

Chosen Avenger Assault at FL12 and not full knowledge

a player was having a really hard time and faced a campaign ending chosen assault. they were facing tons of superheav mecs and some muton elites which are clearly of higher FL than 12 and this seems a bit out of proportion. additionally loading into their save file it seems that their knowledge wasn't even full and it occured much earlier than i assume it should

here are the save files they made, one before the assault launched and one during save_Pre_Avenger_Assault.zip

So if i load back and connect zone with the chosen i wont have any issues with other things, at campaign? Or i have no other choices than start a new campaign? 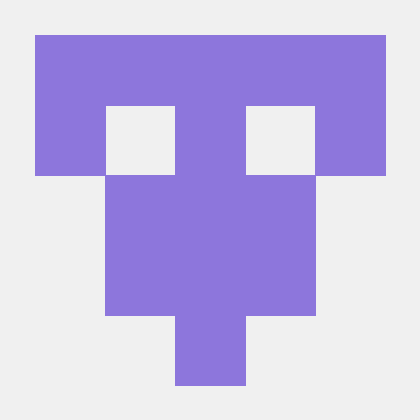 The problem is that when you evac a soldier that is carrying a VIP both units are processed in the same game state submission. If the very last soldier on the map is carrying the VIP it trips the bug:

In the original Evac All I think I reworked the kismet so that it checked specifically if the VIP was still on the map in addition to either being dead, unconscious, or bleeding out. If they're in one of those states but not on the map then they were evac'd.

For the wotc version of evac all I first tried to tease the game state submissions apart for the VIP and the soldier carrying them, but that wasn't something that was feasible just in Evac All without overrides that I wanted to avoid. This could possibly be more easily solvable in the highlander now, and fixing it there would solve the problem everywhere. OTOH I don't know if there would be other side effects from splitting the carrying/carried evac into two separate states.

What I ultimately decided on for evac all was to split the evac of multiple units into two submissions: first the unit carrying the VIP, then everyone else. The bug still remains in evac all in exactly the same situation it exists in unmodded wotc, but most of the time people bulk evac and it works. 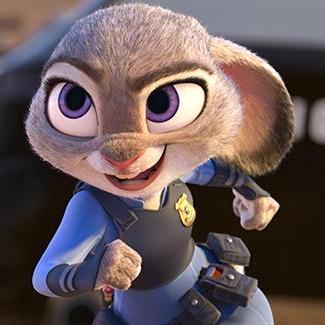 For what it's worth, this is a vanilla wotc/xcom2 bug.

Hello there! Attaching a save with a bug described above, it's 100% reproducible on my end. save_lost vip_1.zip

Thank you for your attention, and I hope this is helpful.

SPARKs can infiltrate two missions at once again

I think this is #609 resurfacing, but I can't be sure. Attaching save file where SPARK 001 is infiltrating one mission and still allowed to go on another. Prior to this the SPARK was damaged and I sent him out while it was being repaired, and it was able to heal while infiltrating as well. 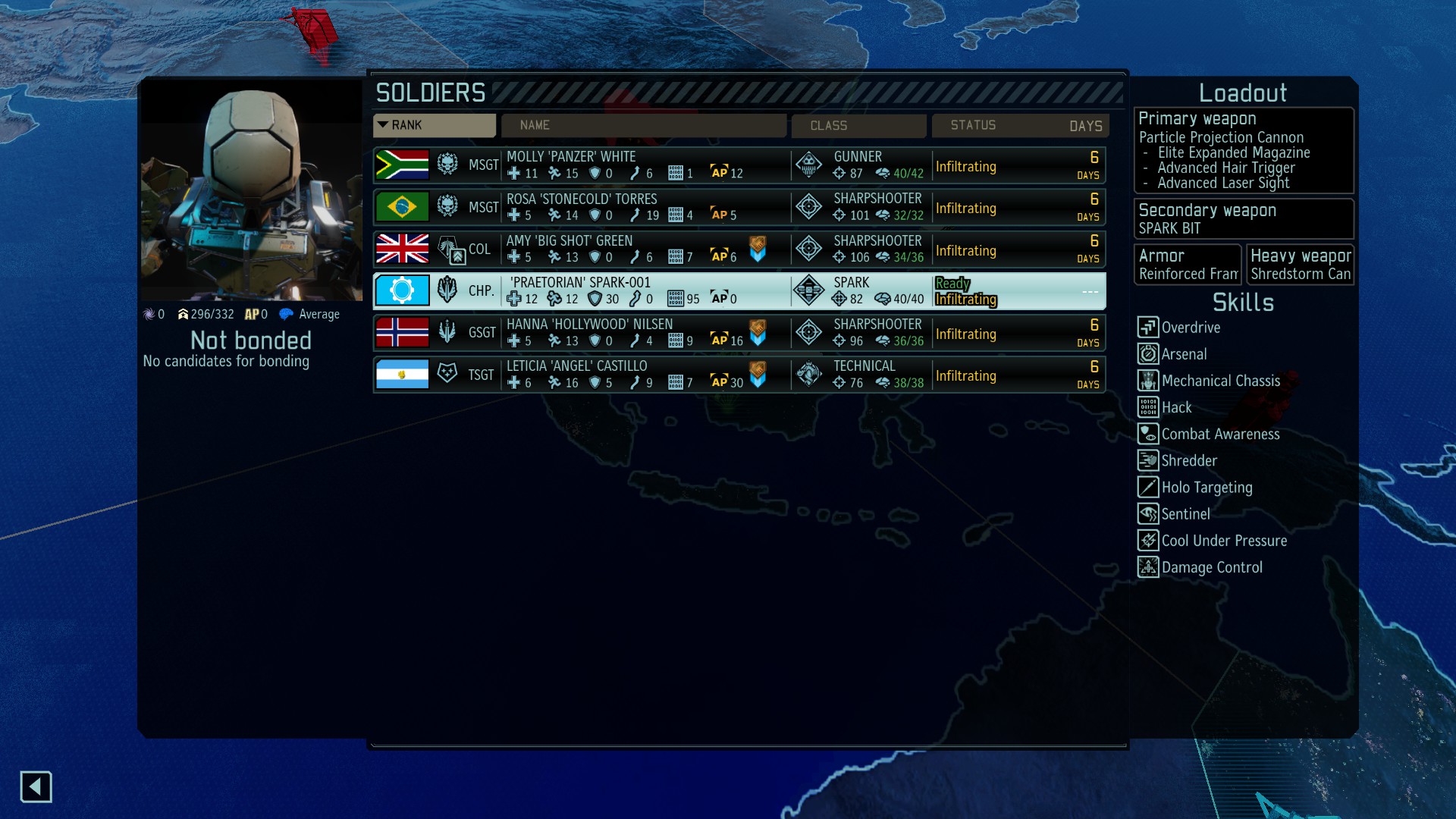 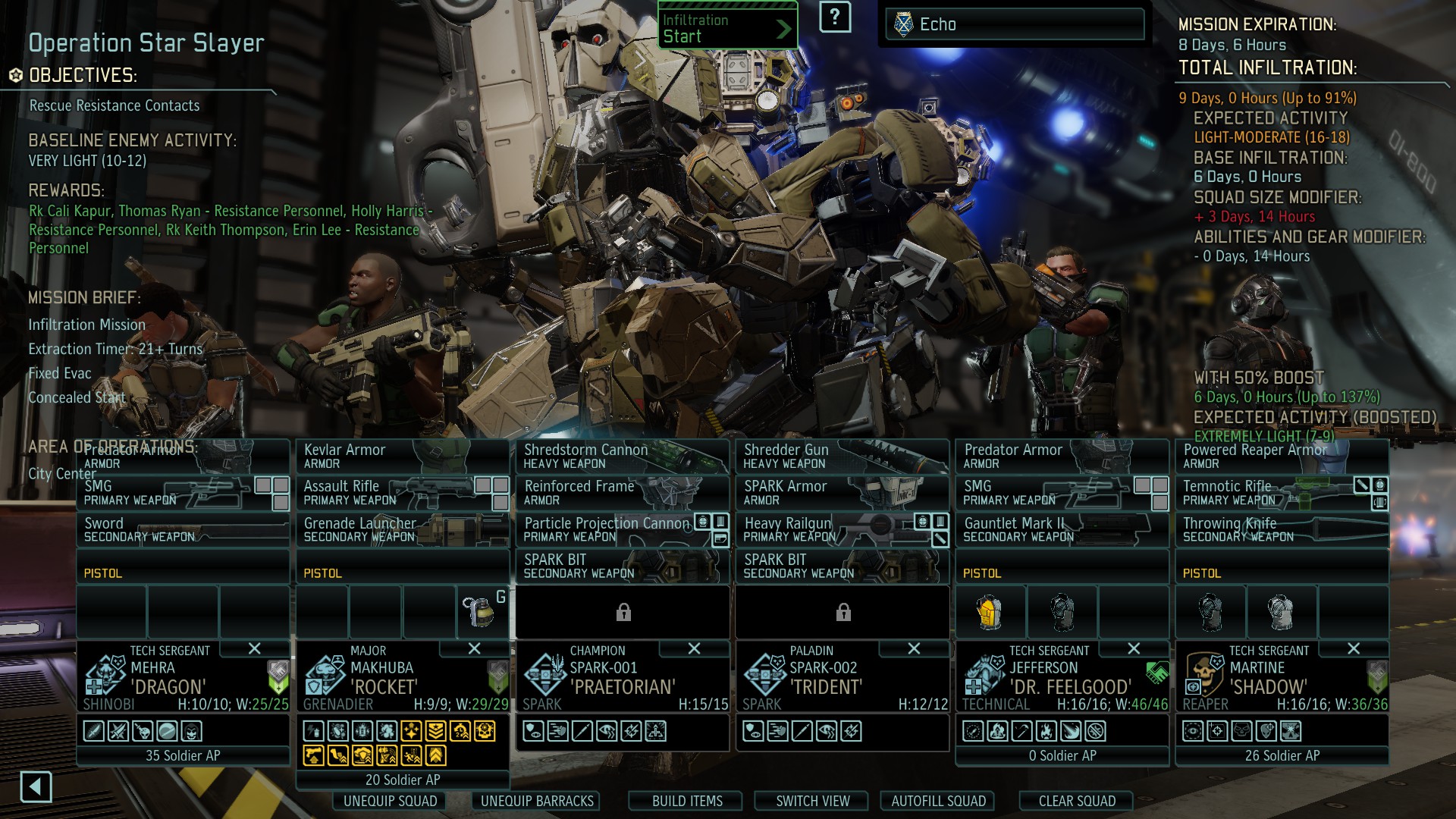 I made a very quick vid to show what is happening there: https://www.youtube.com/watch?v=rd7lEPsdPf0

Found this reddit thread from a month ago from someone who had a similar issue: https://www.reddit.com/r/LWotC/comments/njbfdz/lagfreezing_with_high_level_squads_during_actions/

Tried killing the psi soldier with bastion via killclosesttocursor had no effect.

Attaching the savegame from the strategy layer before the mission - FL 18 facility raid with 40-42 enemies, so good performance testing ground. Also adding the logfile.

Not in X2ModBuildCommon, and I don't think we'll be adding one considering X2ModBuildCommon generally assumes an SDK installation. Should be relatively trivial (~10 lines) to make a separate script for that though. 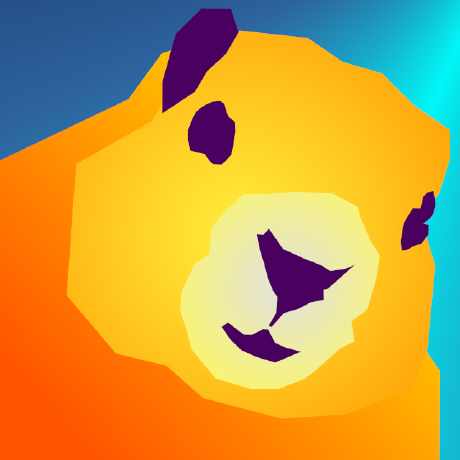 Everything below .scripts/X2ModBuildCommon is simply merged from the above git repository. Lwotc's build is thus pinned against a specific version of X2ModBuildCommon and doesn't require any git submodule interactions. The scripts can be edited if needed, but these changes should be upstreamed in the long term.

The only functional difference here is that it doesn't perform a full rebuild. A clean task is provided to allow a full rebuild if desired.

That was just leftover from me making the reward template when I wasn't even aware that it existed in the first place. 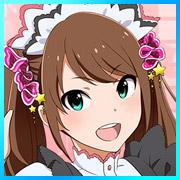 At FL14, m4 Warlock spawned in his lair. Strategy save from before infiltration and tactical save before he spawns attached.

According to the XComLW_Overhaul.ini, psi operative initial training time is supposed to scale with difficulty, to match GTS, as suggested by lines 452 to 456.

In practice, however, the training times appear to always use the rookie value.

I couldn't remember myself. I'm okay with removing that.

I felt like we needed some more early covert actions to populate the pool, and Resistance MECs are neat, so why not? 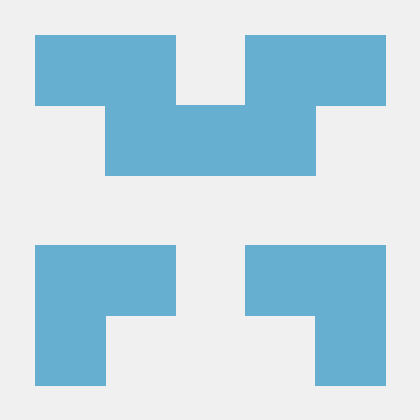 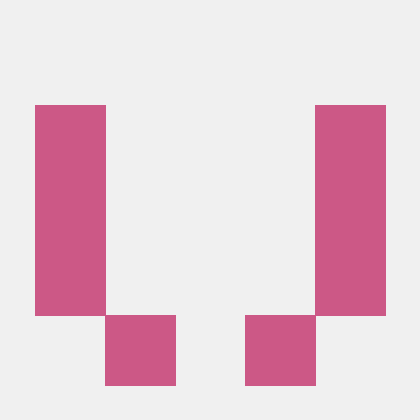 @Savancosinushttps://github.com/Savancosinus Can you confirm whether robojumper is correct in his assessment, please? If you want to copy the localisation files directly into the installed mod, then it's probably best to manually convert them to UTF-16 (UCS-2 LE) in Notepad++ and then convert them back to UTF-8 when you're ready to submit the changes in GitHub. Alternatively, submit them as UTF-16 and I will perform the conversion back to UTF-8 myself.

— You are receiving this because you were mentioned. Reply to this email directly, view it on GitHubhttps://github.com/long-war-2/lwotc/issues/1328#issuecomment-860048752, or unsubscribehttps://github.com/notifications/unsubscribe-auth/APMQADP6BZF4N2PSR2C7RH3TSNJJXANCNFSM46L3Q7SA.

What the title says, clip here: https://clips.twitch.tv/CourageousTubularDurianCorgiDerp-xVbjzry9IXvS9YVm (time left on covert action is 3 days at the start of the clip, 15 days after the sabotage happened)

I'd say either it's also adding the base duration on top of it again or it might do something funky with the modifier given by Engineers assigned to the ring.

No problem. Thanks for letting me know. 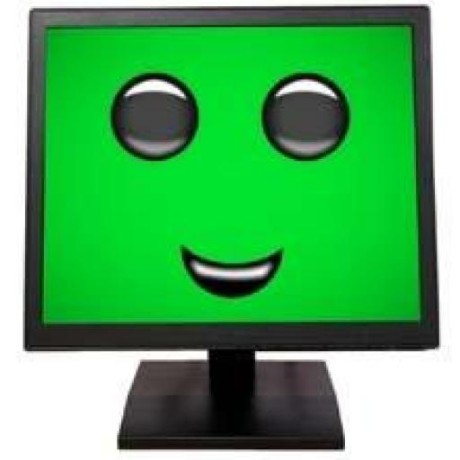 Range of officer abilities does not match up with command range

So, fun anecdote: was going to showcase this issue on stream today, and there the "get some" and "oskar mike" ranges matched up exactly with the command range, so not sure what is wrong with this specific officer. Will do some more testing. 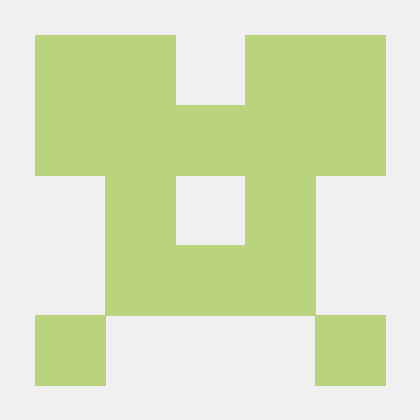 The scene for taking out the templar adversary is missing voice 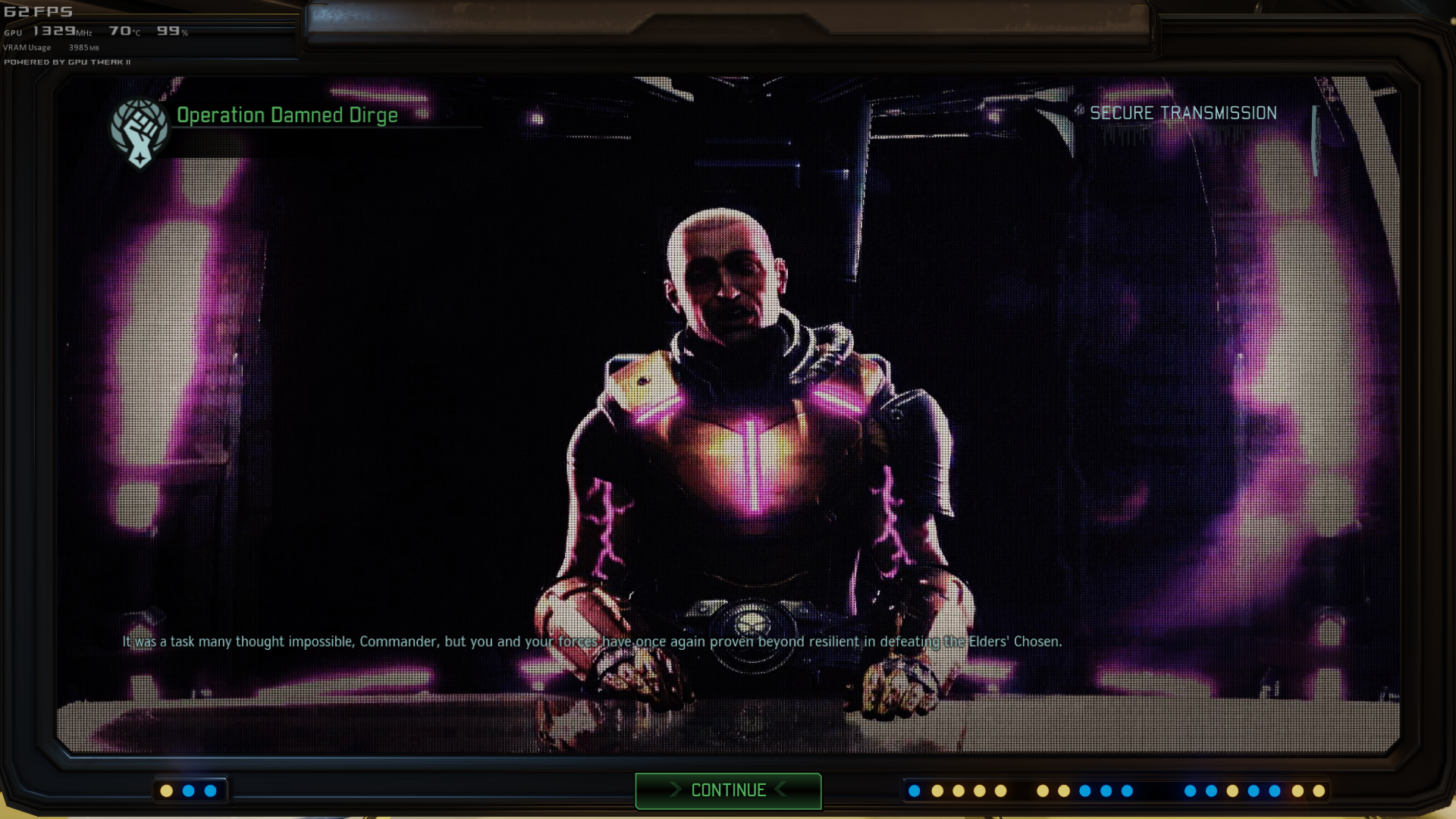 I figured it would be something right in front of my face. I'm getting the correct title screen so I think I'm good.

Thanks for your help and time! 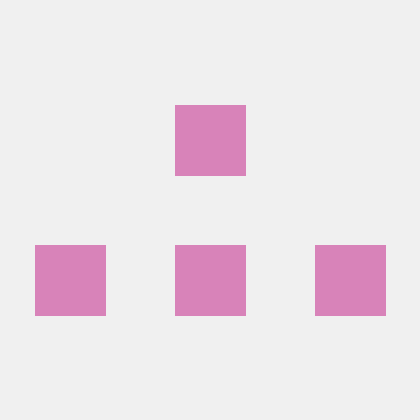