tensorflow
If you are wondering where the data of this site comes from, please visit https://api.github.com/users/paradox460/events. GitMemory does not store any data, but only uses NGINX to cache data for a period of time. The idea behind GitMemory is simply to give users a better reading experience.
Jeff S paradox460 San Francisco, CA

Config files and whatnot

A reddit plugin for the cinch irc bot framework

Flatland is a simple theme and accompanying color scheme for Sublime Text 2.

A utility for taking open PRs that need approvals, and spamming them into a slack channel.

Tweak mpv input configs Note that this commit probably has some issues with the included scripts. I've started moving the scripts to their own repo, but haven't finished the move here

How on earth did that happen. Very strange 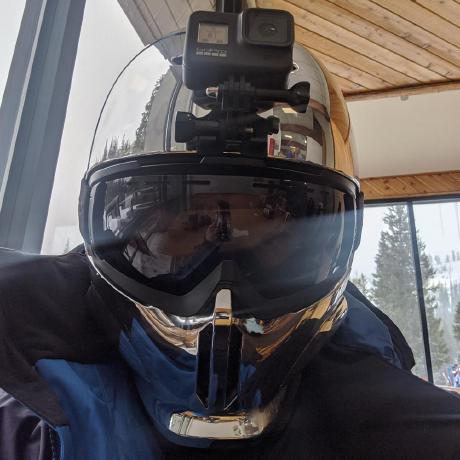 Awesome, thank you very much.

Sorry for the back-and-forth on the meaning of a Note On with velocity 0. It was buried in a passage of the spec I skipped over the first time around.

Also, you might want to check your release system, I noticed that your repo showed 1.7, but VSC won't update past 1.6.5. Is it stuck in an approval pending phase or something?

This can be turned on via the editor.bracketPairColorization.enabled": true setting, and is off by default

Add bracket colorization support Add support for the new bracket colorizer, built into VSCode 1.60 (August 2021) This can be turned on via the `editor.bracketPairColorization.enabled": true` setting, and is off by default

A base16 color theme styled to look like Atom's Base16 Tomorrow 🏳‍🌈

According to the MIDI spec, a keyDown with a velocity of 0 is equivalent to a keyUp status. This is how the code previously worked, prior to 71300a0.

The MIDI spec section in question:

Running Status is especially helpful when sending long strings of Note On/Off messages, where "Note On with Velocity of 0" is used for Note Off.

This commit reintroduces a check for that, while preserving the newer (as of 71300a0) status checks. That way, both keyUp AND keyDowns with 0 velocity are registered as keyUps

Interestingly enough, JZZ had issues with running status last year, but they have fixed them https://github.com/jazz-soft/JZZ/issues/26. Provided this holds true, we don't have to worry about maintaining current status for RS mode.

Calculate the midi status type regardless of channel

The previous implementation (71300a0) used 0x80 and 0x90 comparisons directly, which meant any midi device set to use a different channel would not be seen by the plugin.

This is because a statusByte is defined as two sets of nibbles.

The first nibble is what we care about, the type of message. The second is the channel, from 0 to 15.

So by using a simple bitmask, we can discard the channel information, and our checks continue to work

In the current implementation, if you start a MIDI input session, and then change the device/port, your existing MIDI session will continue with the old device/port.

This ends that session and immediately starts a new one, effectively "restarting it."

JZZ was unclear if their package allows for changing a port while a read callback is running. Some other WebMIDI systems, such as webmidi.js, do allow for this.

Use the MIDI status byte to determine keyDown

The MIDI status byte is present in every MIDI message, and indicates what the message actually is. For a keyDown message, the byte is 0x90.

Many keyboards emit non-zero velocities on key up, and some are even variable based on the key return speed.

This commit changes both the MIDI message processor to only look at messages with a keycode of 0x80 (keyUp) or 0x90 (keyDown), as well as ensuring the previous note range clamp is in effect. It fixes #341.

Furthermore, it fixes a class of issues where other control surface inputs were being captured as notes.

MIDI input is not debounced

Investigating a bit more, it looks like the velocity on key release is 64

MIDI input is not debounced

I am using a KORG microKEY AIR (bluetooth 25key midi keyboard) on MacOS 10.15.7, and when attempting to input notes, I get a "double note" effect. Pressing the key gets one note entered into the document, but releasing it gets the same note.

Additionally, there is some carry-over from previously entered notes.

Fix boolean arg parsing in writename.lua Not a perfect fix, but should cover all config file variations. Now, to set a param to the script-message-to command, it _must_ be a `true` to be true, all other strings are falsey.