RAEfox is an open source application under Apache 2.0 license that allows an offline definition search in the castilian dictionary from Wiktionary.

A web framework for Rust.

Brotli decompressor written in rust that optionally avoids the stdlib

Similar to #11, but portions of the parent genotypes will not be swapped 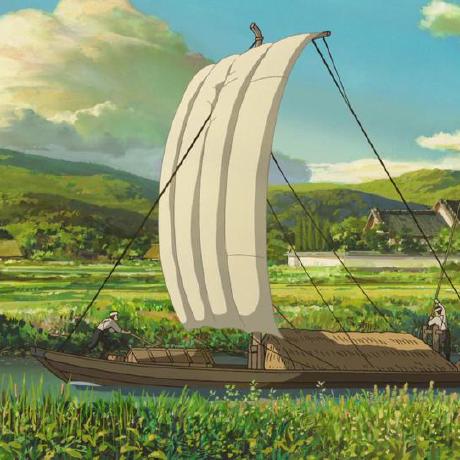 I had thought in this feature but the problem is that a type for the fitness return type cannot be added in stable Rust (at least when I tried it). Another problem is that Rust does not define a trait for numbers, and I found some crates for that purpose.

The trait object option that you propose could be a workaround, but more research about the impact of this change is needed.

It is bug of cargo workspaces when some crates have features in dependencies and other have not. Compile only one project each time (entering in its folder) instead of all at once from the workspace folder and everything should work.

I spent several days until I found this cargo bug.

OK, merged. If i do changes in the future in this crossover I will tell you.

An implementation of "uniform partially matched crossover". An example is given in this paper in section 4.4.4. Useful for problems such as traveling salesman and genotypes that require uniquely-labeled genes 0 through N to remain present in the chromosome following crossover. An example of the problem having such a crossover alleviates:

If you imagine the genes as stops along a route, the resulting genotypes are no longer valid because 2 locations are skipped in each child representation. This is the problem that partially-matched crossover is meant to alleviate; it's an element-preserving operation.

I have reviewed it a bit more. Could not be used a Vec<Option> putting as None the popped values instead of removing in a StableVec?

If the response is negative it could be merged too as it, but it is convenient to reduce the dependencies.

I will probably revisit it when I have more free time to try to optimize it anyway (probably I will not be able to, your implementation seems good :-)).

But why do you add the StableVec dependency? Is it necessary?

Support for a reference environment

Is your feature request related to a problem? Please describe. I am attempting to optimize for a graph-related problem and would like to create a genotype whose fitness function is calculated based on some reference graph, which ideally would be part of some read-only environment.

It seems that, internally in oxigen/lib.rs, fitness is calculated for individuals generated with generate (see here), which can only take in a ProblemSize instance passed via genotype_size().

So, either it appears that any fitness method I define cannot refer to the graph I wish to optimize against because that is decided at runtime or I must smuggle the graph in as part of the ProblemSize passed into the genotype_size() method. Is this the correct interpretation?

In effect, ProblemSize is acting as the environment type and field. For example, it appears this is the case in the knap-sack example where the items are constructed (see here) and passed in as part of the problem size.

Support for a reference environment

Yes, you are right, in knapsack problem I used the ProblemSize to pass additional information, and this was the first time that I had to do it, when the interface was already defined.

Your change is good, Environment is a better name. However, this change breaks the current interface, so it cannot be merged in the current version. I have created a 3.0 branch where I have merged your pull request, but note that I will not release a 3.0 version until I do more changes, what unfortunately will not happen in the short time.

How has been your experience with Oxigen beyond this issue? I hope that you have enjoyed it. Anything that you would like to have in a future version? I have planned a metagenotype to automatically get the best parameters for your genetic algorithm, maybe something similar for coevolution, macros to minimize the boilerplate in genotypes of basic types, maybe Python bindings, improve statistics, maybe hall of fame, binary and Gray coding utilities, the other open issues and trying to improve even more the performance.

Thanks for your contribution!

in reference to #9, this change re-brands the ProblemSize type to an Environment type to pass relevant, problem-specific information