tensorflow
If you are wondering where the data of this site comes from, please visit https://api.github.com/users/Alexander-Miller/events. GitMemory does not store any data, but only uses NGINX to cache data for a period of time. The idea behind GitMemory is simply to give users a better reading experience.
Alexander-Miller Novatec novatec-gmbh.de

A websocket server for the Hanabi card game.

Hi, I have used the boilerplate treemacs config from the readme.md file in this repo. Upon installation and launching treemacs, the icons look okay. However after restarting emacs, the icons are gone. Why would that be happening? 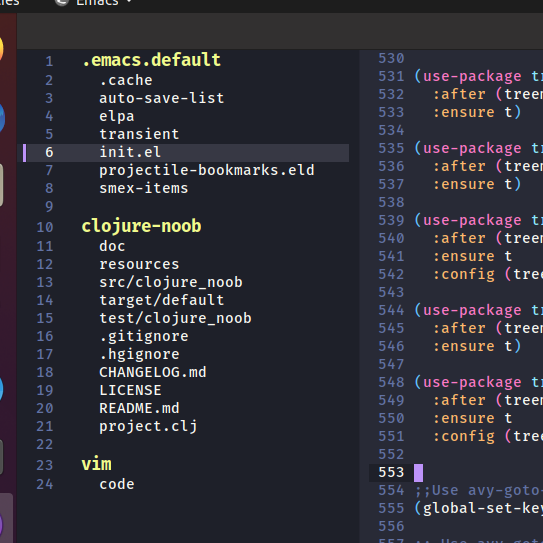 Hi! First of all, thanks a lot for your awesome work. I use it daily and it helps me a lot :)

Second of all, I'm still a noob in ELisp. Sorry if this is completely wrong... I'll update the issue with what I can if given proper directions though!

In the past treemacs had a different UI for renaming a node. After it became "inline" it has been hard to use it because I can't see the cursor and there are plenty of times where I just want to correct a typo. Here is a screen shot about current UI for my configuration.

When I press C-b or C-f it does not show. I think this is a bug but not 100% sure :) If there is anything I might add here just please let me know. 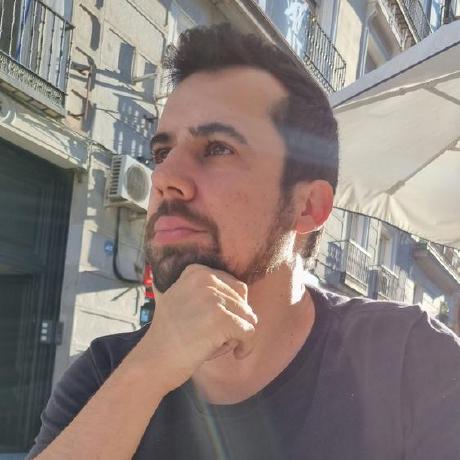 Sorry I haven't been active here...

Just updated, restarted the daemon and it worked! Once again thanks for you work!

I just upgraded through melpa and it works perfectly, many thanks!

The error is still there but with newer treemacs it looks different. The actual functionality of emacs and treemacs looks OK but the issue is that if I turn debug on error on it catches these.

A problem is that I can't see treemacs-without-recenter being called in treemacs--recursive-refresh-descent so I can't inspect more. My emacs knowledge is lacking - is this due to a lot of functions being define-inline and don't show up on the stack, if so is there an easy way to convert thenm to plain defuns so I can help debug? 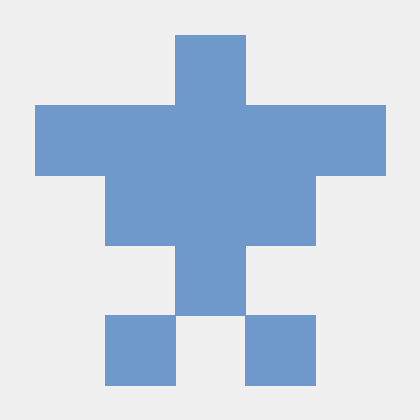 Hi, it seems that I was confused in my previous analysis.. you are right the problem is not the selected frame.

It seems that in my case, cursor-type is nil, rather than t, when this line runs:

So if I replace the above line by:

it seems to fix the problem (at least in my context).

Always sorry to be a necromancer but I've found a workaround for myself and since the link to this issue pops up as the first result in a Google search for "treemacs external open" I think that maybe someone else will also benefit from this.

Unfortunately I can't provide an explanation for this solution other than a guess that there is a race-condition where Emacs kills the spawned processes while they're still starting up. I gained the idea from this StackOverflow answer: https://askubuntu.com/a/1124455 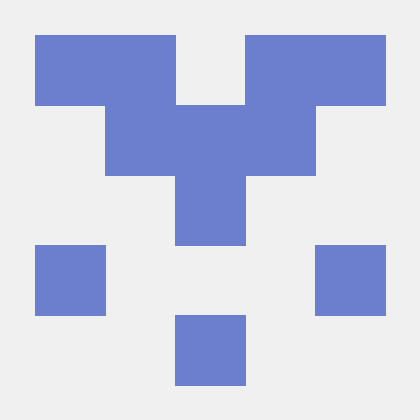 Current project is already shown. While actually it is not shown.

Thanks for the efforts. Normally when will the master arrive at melpa stable? 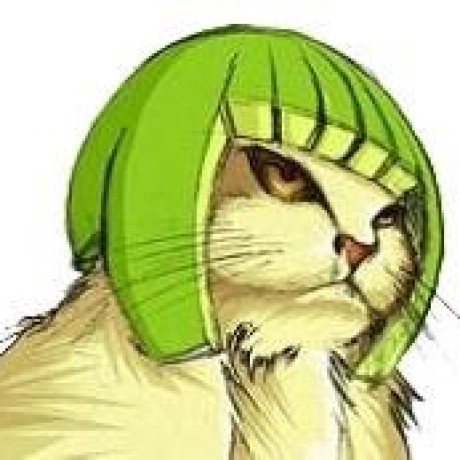 Current project is already shown. While actually it is not shown. 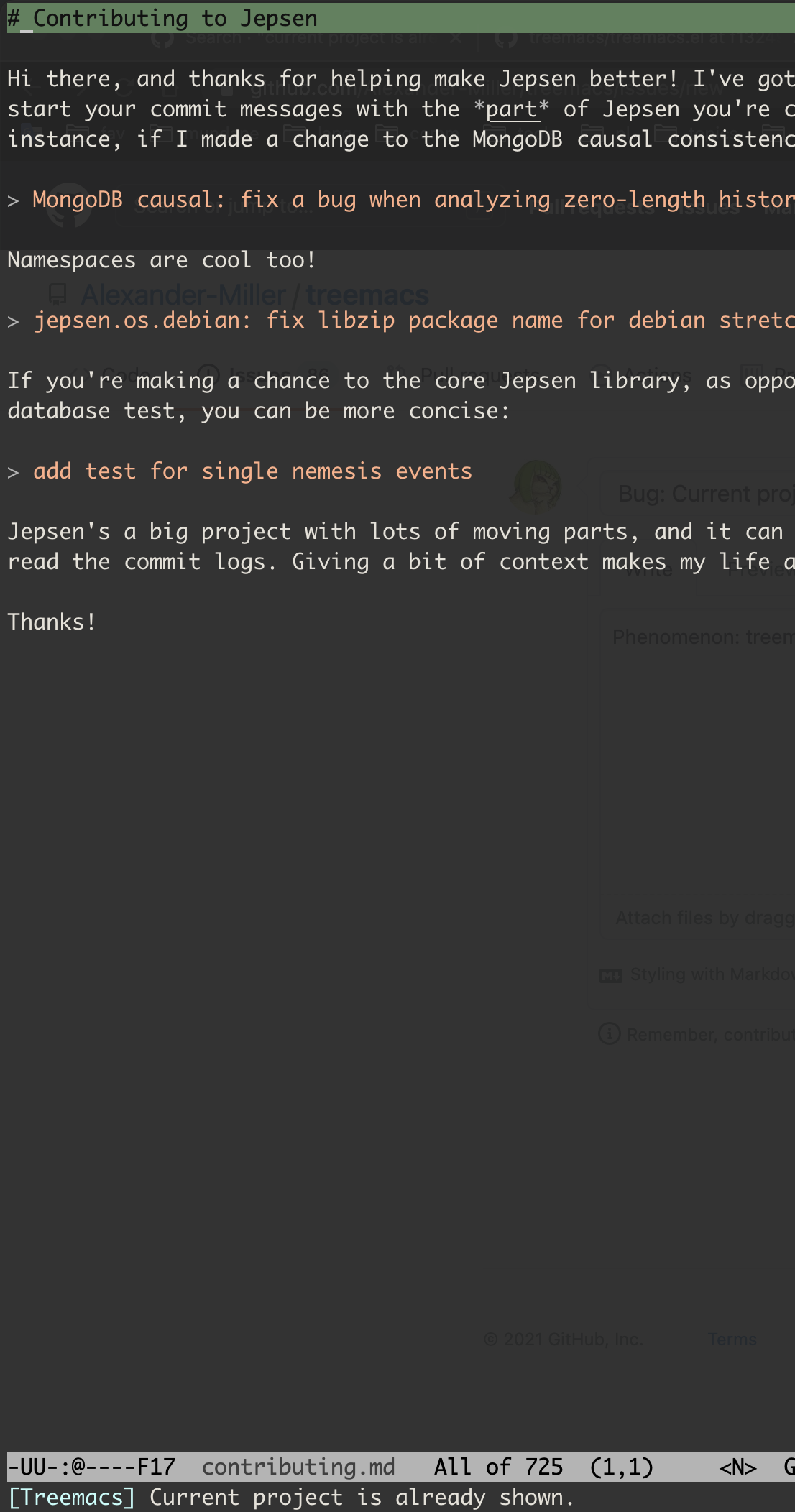 Should we call the command treemacs first and then call treemacs-display-current-project-exclusively ?

So no the color is not the problem, apparently. Ok so please bear with me as my Elisp is quite.. rudimentary.

It seems that the first time your new cfrs--determine-cursor-type function is called, there are only 1 frame, and the second time, 2 frames (the additional one being the widget just created by cfrs I assume).

And although I don't understand exactly how it works, it seems that there's some confusion, in this function, about which frame exactly is the (selected-frame), in both scenarios (which is the frame from which you extract the cursor-type property).

So after a lot of experimentation, the only logic making it work for me, in my particular context, is to do this: