tensorflow
If you are wondering where the data of this site comes from, please visit https://api.github.com/users/zwhitchcox/events. GitMemory does not store any data, but only uses NGINX to cache data for a period of time. The idea behind GitMemory is simply to give users a better reading experience.
Zane Hitchcox zwhitchcox The Line, Llc Knoxville, TN http://zanehitchcox.com

All dependencies mobx depends on

A light-weight module that brings the Fetch API to Node.js

From the NodeJS docs

verbatim <boolean> When true, the Promise is resolved with IPv4 and IPv6 addresses in the order the DNS resolver returned them. When false, IPv4 addresses are placed before IPv6 addresses. Default: currently false (addresses are reordered) but this is expected to change in the not too distant future. Default value is configurable using dns.setDefaultResultOrder() or --dns-result-order. New code should use { verbatim: true }.

So, node actually encourages you to use verbatim=true.

Since v16.4.0, you can set the default result order to verbatim, but it's still not the default, and most people probably have no clue why they should do that anyway.

dns.lookup, the default dns resolution function resolves addresses using getaddrinfo. This algorithm follows rfc 6724. For full details, read the document, but basically, it governs the order of the IP addresses in the linked list provided by through a rather complex and sophisticated algorithm.

This really wasn't a big deal for most people, but with IoT devices becoming more and more common, non-smartphone hosts are being more commonly used over cellular networks which can drop IPv4 support sporadically, due to IPv4 address exhaustion.

Mobile developers use high level APIs which make decisions like which IP address to resolve for you, and both iOS and Android follow RFC 6724. They also implement Happy Eyeballs (see #1297), so failover is handled automatically.

So, really, it wasn't that big of a problem now, but with the rise of IoT, NodeJS environments are increasingly being deployed on mobile networks, making this more of a problem.

Particularly in less-developed countries, IPv6-only support is more common, and they may not have the resources to figure out what the problem actually is. I recently discovered a misconfiguration on a major cellular provider in India, which probably caused massive network latency issues and unneccessary failed connections. 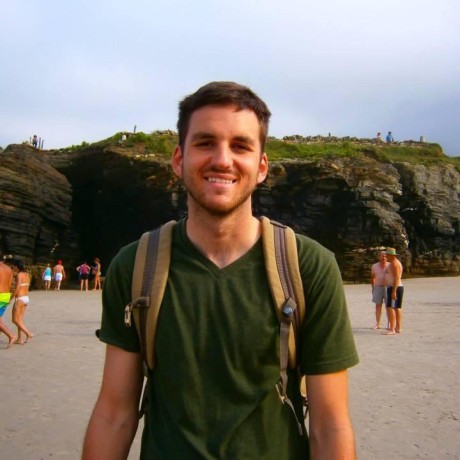 Currently, NodeJS ignores rfc 6724 which can cause problems when a network drops IPv6 support, which is increasingly common on 4G networks.

Node should set verbatim=true on all requests.

This will eventually be the default in Node, but it's better if we can go ahead an implement it, because this is a stupid design decision and causes extremely confusing bugs.

DNS misconfigurations or server down time can cause fetch requests not to be fulfilled. In the browser, this is handled for you using the Happy Eyeballs algorithm.

This functionality is also implemented in curl, iOS, Android, etc..

With IPv6-only network connectivity becoming increasingly common, misconfigurations in DNS servers can cause requests to fail, even when connectivity is available through alternative servers.

Browsers typically try to create a connection, wait 300ms, then try the next available server provided by getaddrinfo in the kernel.

Currently, node-fetch implements no failover for support for timed-out connections.

I would propose node-fetch handle failover similarly to the browser. Or better yet, curl's implementation.

net.createConnection attempts to create a connection with the default dns.lookup server. Btw, semi-related, the DNS lookup should be returning results with verbatim=true. Currently, due to a poor design decision by NodeJS developers, IPv4 addresses are preferred, even when this contradicts RFC 6724. Note, that verbatim=true will probably become the default.

This can cause extremely confusing errors for developers using dual stack networks where IPv4 support periodically drops, because it's very hard to find what is causing the issue (I should know).

Ideally, fetch would send the first address first, wait 300ms, and if no connection was made, continue down the line of addresses returned by dns.lookup.

It could be a good idea to log a warning for the user that the first address sent by getaddrinfo was not available, as the 300ms timeout adds latency to every connection.

Still, this is better than dropping the request entirely.

In curl's implementation, which I prefer, its starts with the first address, then tries the next address of a different family.

So, if you're on a IPv6-only network, you don't have to try every single IPv4 address before you get to the IPv6 address.

It would be great if node could implement this natively, but there are currently no plans to do that.

Ultimately though, I think it would probably be better for the community to develop something like this and test it out before merging it into NodeJS anyway and see the response it gets. If it's extremely popular, NodeJS can merge it in, and the code can be removed from here.

Forgot to mention the repo is https://github.com/zwhitchcox/stream-adapters

This should also work on previous versions of node without web stream support. 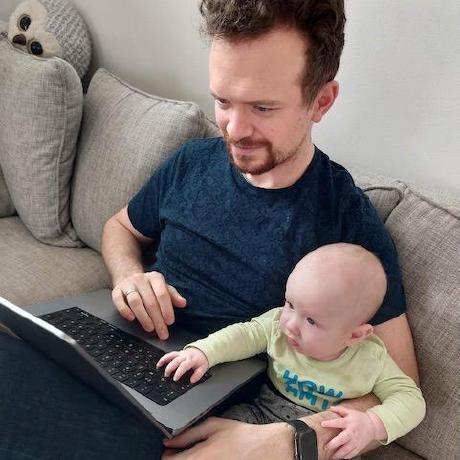 So, for anyone reading this, I exported the code by @jasnell to its own module which contains the node internal code for stream adapters.

This makes it easy to convert to/from node/web-streams in a platform-independent environment.

I haven't tested it on the browser, but it should work...will test later. PRs welcome.

Note, that all node web-streams can be converted to/from web streams by calling toWeb or toNode on the stream.

cc @pimterry and @sam-stanford because I remember seeing them asking for this. 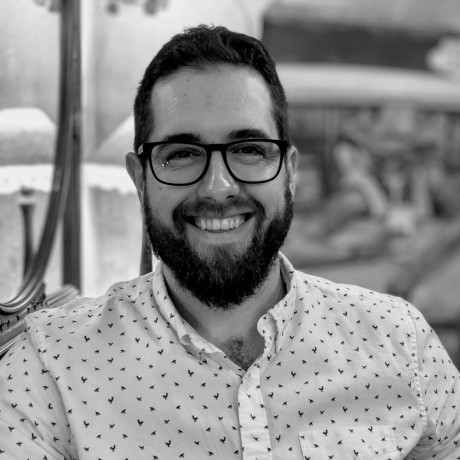 In order to avoid matching dates when matching IPv6 addresses, I only matched the last field.

Unfortunately, dnsmasq doesn't always print the DNS as the last field per https://github.com/balena-io-modules/device-diagnostics/pull/286#issuecomment-918132277

Instead, simply skip the first line and the first 3 columns which contain the log date.

The touch screen is rotated but the image on the screen is not.

I have given permission to support for accesing my device. 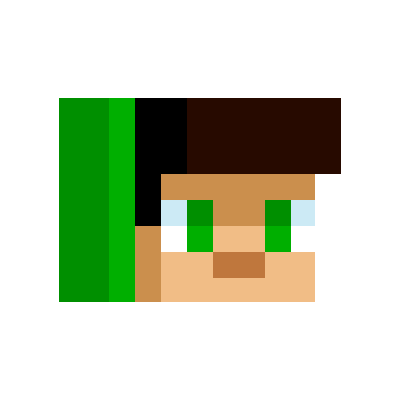 The touch screen is rotated but the image on the screen is not.

Hey, so this is more of a support issue...the support agents won't see this unless you post on the forums.

Would you mind reposting this to https://forums.balena.io/ ?

@klutchell I tried, but I couldn't get either of my raspberry pi 3s to come up...even with raspbian....I guess I could try just installing Rasbpian one of my rpi4s...it might not be till next week till I have a chance to do that though.

Try both IPv4 and IPv6 addresses for api.balena-cloud.com

There was an issue where the supervisor wasn't sending a heartbeat. This was because the network had dropped IPv4 support and was only serving IPv6.

Furthermore, the network wasn't sending an ICMP Host Unreachable packet, because when the request was failing, a traceroute to api.balena-cloud.com would get to the 192.168.1.1 and then just hang.

This caused getaddrinfo to return the wrong address. It was still returning the IPv4 address, because it had never gotten any indication that that address no longer worked.

According to RFC 3484, rule 1 is Avoid unusable destinations, and the kernel was never informed the destination was unusable.

But it also says

Well-behaved applications SHOULD iterate through the list of addresses returned from getaddrinfo() until they find a working address.

curl responses were working because it tried both IPv6 and IPv4 in parallel:

Then, it dropped the connection if one wasn't working properly, preferring IPv6 if both were working.

But that functionality is not built into the supervisor. It just tries the first IP address returns by getaddrinfo, and fails if it can't connect. I checked when it wasn't getting a heart beat, and it returned the IPv4 address still, even when IPv6 only was working.

So, that means the supervisor devs SHOULD try different IP addresses if the first one fails. That will involve creating our own custom Agent that extends the createConnection method OR just do like is currently done with the dns.lookup function and monkey patch the net.createConnection globally, which I don't think is a terrible idea, in fact this functionality should probably be built into Node really. Maybe I should open an issue in nodejs/node.

But really, the ideal solution would probably be extending the Agent class and use that over all http connections to be more explicit and avoid future conflicts, although, the supervisor is so well maintained and only used by us and version controlled, it probably doesn't really matter.

The algorithm should probably try both IPv4 and IPv6 connections in parallel, just like curl and drop the non-responsive one.

This wouldn't be the final code, but it could be something like:

Oh, nvmd, I guess you were probably using raspbian 32-bit

@klutchell Hmm, that's weird, I just tried with the current version on my rpi4 (aarch64), and the. md5 sums were the same as on my mac. Do I need to use a rpi3?

Once this is merged, we can merge this into the cli

Clone the incoming image stream before writing to disk

@klutchell I think you can just update the balena-sdk version, because your finishFlush flags in balena-request should fix the problem.