tensorflow
If you are wondering where the data of this site comes from, please visit https://api.github.com/users/monnier/events. GitMemory does not store any data, but only uses NGINX to cache data for a period of time. The idea behind GitMemory is simply to give users a better reading experience.
monnier

Web page for the LTP lab of Université de Montréal

Time for a new release in opam?

My mistake: I bumped the version and NonGNU ELPA took it as a new version.

If you want to bump the Version: without making a release (yet), then you can make it something like Version: 2.4-dev (other than -dev you can use -git or -snapshot or beta or alpha or pre). 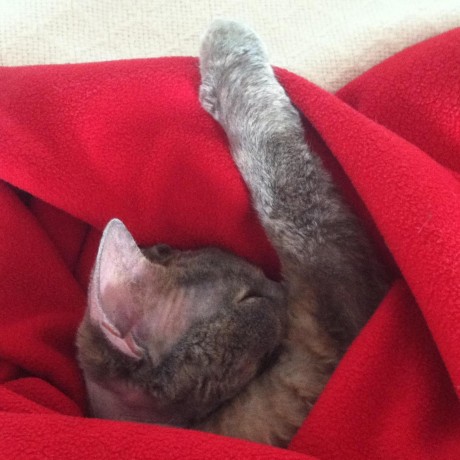 prefer bracket matching inside string literals to be made entirely as if it were plain text, I agree but for the Emacs functions I have tried (e.g. backward-list), (* and *) seem still to be considered comments inside strings.

I'm not sure it's worth the trouble, tho. 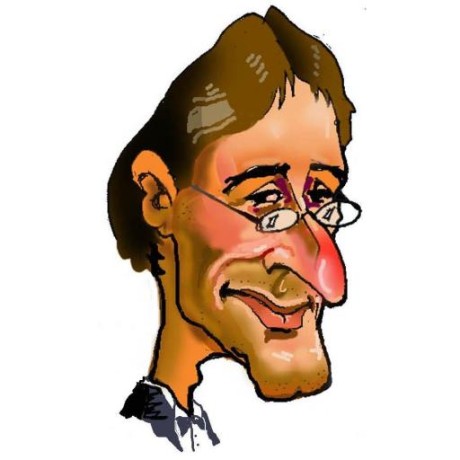 I've tried to propose a more robust solution to comment delimiter matching... It's a bit frustrating that, in strings, sometimes braces are matched "()", mismatched "))", or do not trigger any error ")".

And almost every bug in this area can be construed as a feature. [ E.g. in ELisp I frequently find it convenient to have paren matching work on "parens inside strings" in cases like (concat "(" foo bar ")"), even though it relies fundamentally on a bug that treats the " foo bar " as if it were a string placed between the two parentheses. ]

Not sure there is a “right way” though.

There are various local maxima and you get to choose which one you try to provide.

BTW, we could treat the doc as a kind of "definition", and thus add the doc as a possible choice in M-.. Yes, and I had a brief chat with Dmitry about it. It doesn't really looks like it fits with the framework or the concept.

Yeah, it's indeed not quite right. 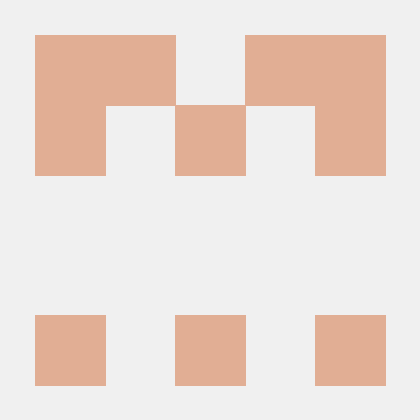 Well, failing the introduction of a standard Emacs key binding (don't hold your breath) I'd favour C-c C-d and asking the Merlin maintainers very politely if they can think of an alternative key for merlin-destruct.

You could just do (dolist (pos (list (point) (mark))) right? — they do not need to be ordered. One can initialize start and end with (point).

There's also region-beginning and region-end if you want them in-order.

Fair enough. I do understand what add-function does, but just wondered if it weren't overkill for this particular usage (as well as being somewhat opaque for the reader).

The more it's used, the less opaque it becomes ;-)

The point about nesting is correct and interesting, but Tuareg isn't going to remove the wrapping so it's a bit moot.

Using add-function allows me to stop worrying about when that might be a problem and when not.

E.g. if a buffer-local minor mode needs to use this hook but needs to operate between tuareg's function and the original function, add-function lets it do just that (by specifying the desired "depth"), but if tuareg doesn't use add-function that minor mode will either not be able to do what it wants, or will have to do dig into the details of how tuareg-mode sets up that function, breaking modularity.

Most of the benefits in the use of add-function compared to the kind of "manual" code you suggest are "special cases" that most authors fail to foresee (no surprise: they're special cases) and which are painful to handle correctly with manual code: the only way to handle it correctly is to use a "protocol" that the various parties obey.

add-function is this protocol. Use it and everyone benefits in those rare cases where they hit the corner case.

I think it's a normal reaction if you're not yet familiar with add-function.

add-function does indeed basically the same, but with bells and whistles.

E.g. using the above for show-paren-function will burp if paren.el is not yet loaded, whereas add-function should handle it correctly (because it delays looking up the default value until the function is called).

Or if you also use a minor mode which also fiddles with blink-matching-check-function (whether buffer-locally or not), the adds and removes don't need to nest properly to get the correct result.

BTW, rather than hard code other package's internal functions, we should probably be using add-function as in the patch below. Any objection?

indeed inherited from caml-mode. I'm not too keen on <kbd>C-cM-h</kbd> as I find it cumbersome to type. Maybe <kbd>C-cC-y</kbd> — although it is less mnemonic or <kbd>C-cC-?</kbd>? What are other modes using?

ELisp mode uses C-h o, then there's C-h S but I don't think it offers any way for caml-help.el to hook itself into it, and arguably this kind of functionality could be part of Xref but it's missing there. Oh and there's also Company-mode which makes it available in its list of completions, whee it's bound to F1 and C-h.

I guess there was a reason in including it. @monnier?

Hmm... indeed it seems I'm to blame. Can I invoke an insanity defense? Or should I plead the fifth?

More seriously, I think I included it in commit 14ccd9d432d13cea6b because that "just" renamed dot-emacs.el to tuareg-site-lisp.el and I didn't want to rock the boat any further.

I'd be very happy to remove this file, especially since it is not used when Tuareg is distributed/installed via ELPA.

Note that proof-query-identifier does default to the identifier at point, but requires one to erase the proposed identifier if one wants to query something else.

Looks like a UI bug, which the patch below should address: 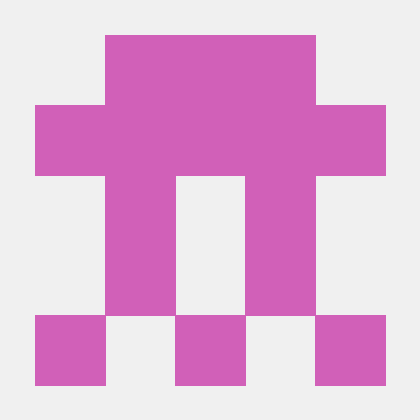 Minor tweaks encountered while trying to run the CI tests

I don't have much opinion about what make tests should do exactly, I added it because that's the place where looked to find the tests (I actually tried make check first, then ended up searching through the .github files, since I know nothing about those files but I had a vague inkling that this is where the rules should be found). I don't know what are the tradeoffs involved in making the github actions use make tests either. 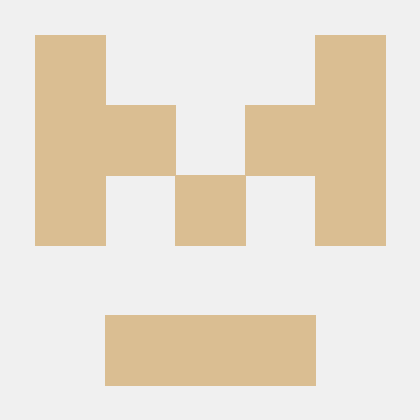 @monnier this is a bit tangential to the question but do you know if there's any work to update these standards to be made to work with Unicode text ? With Unicode, asking cli tools to compute columns without having knowledge of the rendering layer is totally doomed (wcwidth included).

I don't think this is being worked on, sadly. I think the current spec is indeed making a bad choice (my own favorite is to count what you call Unicode scalar values, tho bytes would be OK as well).

This said, the current bad choice is not completely doomed, if you consider wcwidth as the definition of the width (both in the reporting tool and in the tool interpreting the report): it doesn't give the same column position as a rendering layer but it does correctly convey the info about the actual position in the text (plus or minus a few zero-width unicode values, admittedly).

In any case, it's offtopic here. I'd encourage you to bring it up to the GNU folks at @***. (and feel free to put me in Cc: if you want my support).

@monnier This looks OK to me but, as this issue is common to other Emacs packages, there ought to be a “recommended” way of proceeding. I'd like to have your take on this.

The recommended way is ... that the format of the error messages should be changed to be one of the standard ones, e.g. the one recommended by the GNU coding standards ;-)

I submitted a patch to Emacs.

Excellent! Even before I got a chance to look into it! Should I send you the rest of my todo list? ;-) 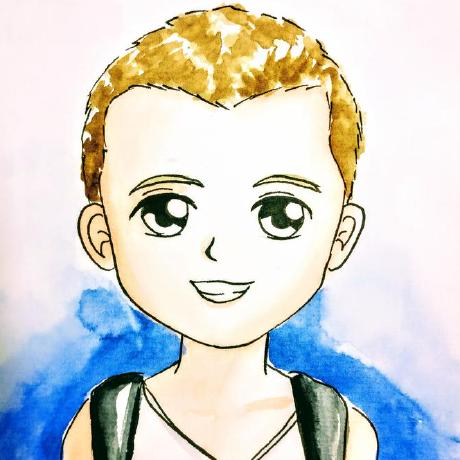 No dispute from me, but I assumed that there were reasons good and bad for the current message format...

No doubt. IIRC it's been requested and rejected in the past already. I just mentioned this to give some context to my position.

What does the community think – should those extra locations be of Error or Info? (Warnings rarely have them so I'm conveniently ignoring them here.)

I vote for "info" because I think it's the only choice which makes sense: they are not errors.

@dbuenzli made a good point – wouldn't it be nice if the compilation rules could be extracted into autoloads, so that the tuareg or caml-mode packages don't need to be loaded for the compilation errors to be parsed correctly?

We could do that, indeed. I don't forsee any particular issue except for the need to wrap the add-to-list code into a with-eval-after-load.

I don't have a strong opinion on this. Your analysis sounds fine to me.

The only opinion I have in this area is that the better answer is to fix OCaml to give messages in the standard GNU convention format so that it "just works".

As mentioned in the discussion to which Chris linked, Dune currently works better if you structure your project into a (set of) libraries together with an almost empty top-level executable.

So I think it would make sense to start by supporting only the case where the Dune project is a library rather than an executable. 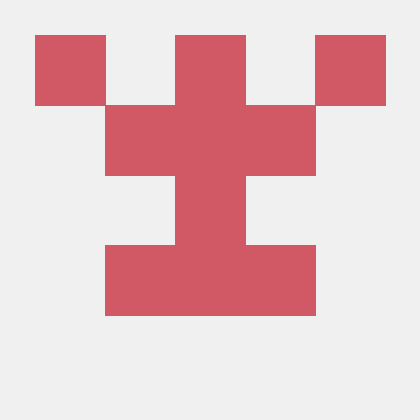 @monnier See at the commit above — seems to me to be a good way to fix this for the time being.

The workaround for Emacs<28 is ugly but to the extent that it's deactivated with Emacs≥28 I can live with it [ BTW, the test can be simplified to (< emacs-major-version 28) and the if can be sunk into the (apply ...). ]

OTOH I don't understand why we'd set comment-multi-line and comment-continue in tuareg-mode. Shouldn't that be a user's choice?

The latest sml-mode is at https://elpa.gnu.org/packages/sml-mode.html (this has been the case for almost 9 years now).

Double-semis are also used a lot by students learning the language and we should be nice to them once in a while.

I'm not arguing in favor of Tuareg misbehaving in the presence of double-semis; I was just pointing out that I never use them so I don't have a reliable intuition for what Tuareg should do with them. 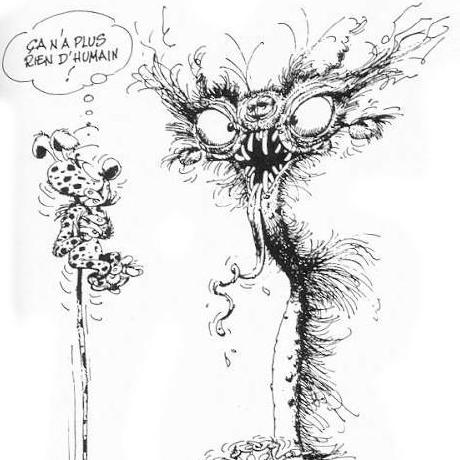