tensorflow
If you are wondering where the data of this site comes from, please visit https://api.github.com/users/mboes/events. GitMemory does not store any data, but only uses NGINX to cache data for a period of time. The idea behind GitMemory is simply to give users a better reading experience.
Mathieu Boespflug mboes @tweag Paris, France Founder at @tweag.

A type-checker for the λΠ-modulo calculus.

Define a parser. Play it in reverse to get a pretty printer.

A solution to boolean blindness.

A pure Haskell implementation of the 9p protocol, server and client.

An encoding of the Calculus of Inductive Constructions (as implemented in Coq) in Dedukti.

I don't think clashing file extensions are a problem per say. Case in point: there are currently four separate entries registered in Linguist's language.yaml for the .ncl extension. Nickel would just add a fifth. Another example would be both Perl and Prolog using the .pl extension. Arguably, the intersection of NACL users and Nickel users is even smaller than the intersection of Perl and Prolog users. GitHub does not use file extensions exclusively as the way to determine which language appears in a given file. In fact it's not even the first strategy. See here. However, if we do stick to .ncl then we indeed should make a PR against github/linguist to make detection of Nickel more accurate. 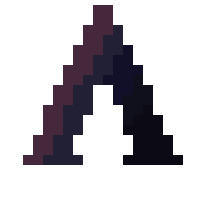