What is the current behavior? React 16.9.0 deprecates javascript: URLs (@sebmarkbage in #15047). It was motivated by preventing XSS vulnerability that can be used by injecting client-side scripts:

The following code cannot be exploited by attackers, it cannot be used to inject XSS:

React 16.9 reports the security precaution warning for the example:

I would expected that security precaution warnings aren't reported for values that cannot be controlled by attackers.

Especially javascript:void(0) seems like it's still pretty common because it's copy pasted from old samples etc. Is it dangerous to whitelist that one? Is it a vector by itself?

If there're tons of reported security issues, you definitely ignore something important. 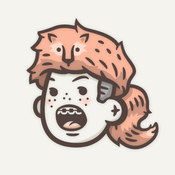 Same warning, i use <a href="javascript:;"></a> as button in many component. I just think it is correct.