It has been quite a while since a release has been rolled out. This issue proposes a roadmap to the next release.

Since there have been many major changes to the HAL recently, I suggest we try to tie off as many features as we can before pulling the trigger to avoid too many breaking changes between future releases.

The reason for suggesting not moving to 1.0.0 is that most people here believe that the API is not mature/stable enough to yet incur that burden.

It has been mentioned in the Matrix channel that supporting v1 and v2 drivers is going against the intent of semantic versioning. Following that spirit, I'd like to propose retiring the v1 modules where their v2 counterpart is mature enough. I'd like to take suggestions on how this should be done, though. There are a few ways of doing it: 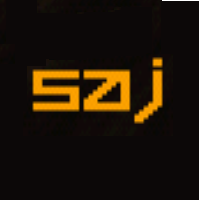 No questions were found.
source：https://uonfu.com/
answerer
Paul Sajna sajattack https://paulsajna.com I program my home computer / Beam myself into the future