A demo of pipelining Rust application development to Kubernetes on minikube with Skaffold.

I think a better approach would be to just add some coefficient (k) that makes the weights look something like:

Good idea! I implemented this with a global runtime. If things work fine in the experiment, I'll make it a real config option inside LeastRequestLbConfig. 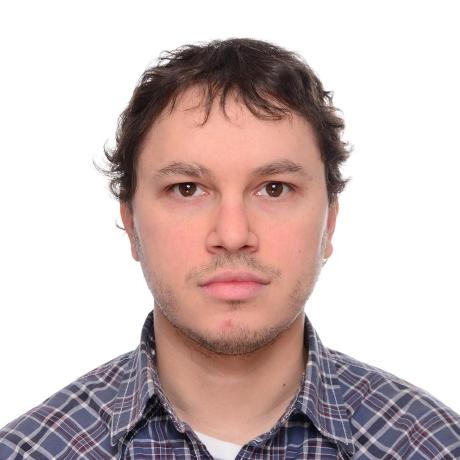 @tonya11en I've experimented with increasing the host weight, but it hasn't helped with services that don't get enough traffic.

Per your suggestion on https://github.com/envoyproxy/envoy/pull/11252 I'm working on making the LR LB use the following formula to calculate the host weights when not all weights are equal: new_weight = (configured_weight / outstanding_requests^k).

I'll try that change internally and then follow up here once I have the results.

Additional Description: This patch makes it possible to make the Least Requests Load Balancer behave like the Round Robin load balancer if hosts have different weights. The patch will be tested at Lyft first to see whether it improves the load balancing issues during red line/squeeze tests, as described in https://github.com/envoyproxy/envoy/issues/10602.

Risk Level: S Testing: Unit test. Will use this patch to experiment at Lyft.

Runtime guard: The alternative behavior is disabled by default and can be globally turned on via the envoy.reloadable_features.alternative_least_request_weights runtime key.

If experimentation shows that this patch indeed fixes https://github.com/envoyproxy/envoy/issues/10602, I will follow up with a change to make it possible to enable the alternative LB behavior for individual clusters.

At Lyft we use Envoy to red line test/squeeze a single host of a service. Red line tests are performed by increasing the load-balancing weight of a host via EDS to redistribute the service traffic and send an increasing amount of the traffic to a particular host.

While this approach works great in many cases, we noticed a few problems:

After doing some experiments we arrived at the conclusion that these problems happen because our clusters use the Weighted Least Request (WLR) load balancer.

Currently if two or more hosts in a cluster have different load-balancing weights, the WLR load balancer shifts into a mode where it uses a weighted round robin schedule in which weights are dynamically adjusted based on the host’s request load at the time of selection (weight is divided by the current active request count).

For some services the number of active connection to a host increases as that host gets more traffic, even if the host is not overloaded. This causes both aforementioned problems.

The Weighted Round Robin (WRR) load balancer does behave as desired for red line tests and we would like to switch a cluster to the WRR load balancer while running a red line test. However this is easier said than done — a cluster’s load balancer can only be changed via CDS and doing so makes Envoy drain and reconnect all existing connection pools [1].

This means that if the runtime flag is enabled and there are two or more hosts in cluster that have different load-balancing weights, the WLR load balancer would not dynamically adjust the host weights based on the host’s request load. It would instead calculate the host weights using the same calculation used by the WRR load balancer: host weight / sum(host weights).

According to the CheckResponse message definition what you observe is the expect behavior:

CheckResponse.denied_response.status can be used to override the status that Envoy will return, but is not used to determine whether a request should be allowed or denied.

@dio I think we can probably close this issue unless we want to improve some documentation.

@kikogolk are you sure that your ext authz service is responding with a 503?

I tried this using a very simple HTTP/2 server that always responds with a 503 and an empty response body and I couldn't reproduce the behavior you describe.