A rugged, minimal framework for composing JavaScript behavior in your markup.

Anatole is a minimalist two-column hugo theme based on farbox-theme-Anatole.

:gem: A fast, open source text processor and publishing toolchain, written in Ruby, for converting AsciiDoc content to HTML 5, DocBook 5, and other formats.

A Gradle plugin that uses Asciidoctor via JRuby to process AsciiDoc source files within the project.

An AsciidoctorJ extension for rendering code on multiple tabs.

CLI11 is a command line parser for C++11 and beyond that provides a rich feature set with a simple and intuitive interface. 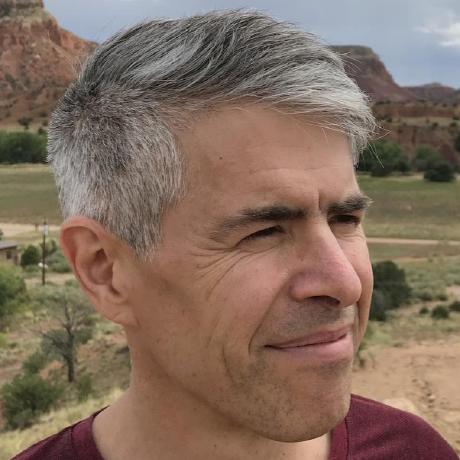 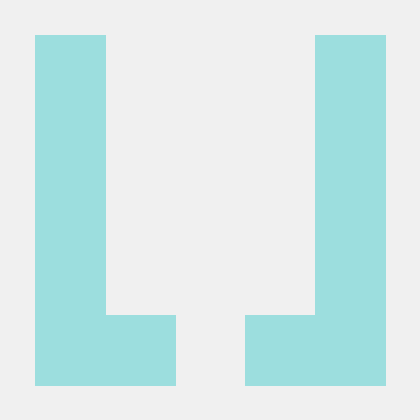 I see our commits crossed. I think essentially, they were the same. Prepared a patch for reverting the userguide to git submodules already, stay stuned, it will come in shortly.

Patrice was faster, thank you!

created branch time in an hour

Browsing the user guide sources, I just realized that the version parameter inside config.toml of the userguide is not set:

Since we no do have our first version 0.1.0 in place, I suggest we set this version number when releasing future versions. I think a release checklist would be helpful, one item to be checked should be increment of the version number so that this is not forgotten. Not sure if we want to set x.x.x-dev for all commits between releases. Since we now do have a version number, I would like to see this version number printed in the headline of the docsy userguide. Not sure if we should/want to populate the dropdown with older versions of the userguide, allowing to look at older versions of the user guide. I don't think the current repo structure allows for this easily, but I may be wrong here.

This solves the issue for submodules, and I declare the module imports inside config.toml of my-site only when I really want to use hugo modules. But now docsy theme doesn't know anything about the versions of its dependencies. That's like we removed submodules bootstrap and Font-Awesome from our current repo: a no go.

I have to correct me here: that's not a no go, that's actually the way to go. What I totally overlooked: docsy theme still knows about the versions of its dependencies, they are declared inside go.mod:

So pulling up docsy subdependencies to the top level is actually the key to resolve #858 and all associated tickets. No multiple config files, no multiple config directories, forget about it. Easy and clean. The only thing that's all but easy is bootstrapping / starting up sites that make use of docsy as hugo module for the very first time. But we can handle this. I'm working on it, give me time until the end of the weekend and we have that resolved, incl. documentation. Good night.

Fix the build for docsy-as-submodule

Another idea came to my mind: what about reverting #801, then adding a new directory hugo-module, recreating all folders from root level (except for userguide) and then turn this subfolder hugo-module into a module. Inside this folder, I could create my own custom config.tomlwithout getting in conflict with the config.toml at site root. I'm not sure this does work, but it could. Then users that want to use docsy as module have to write inside their site config.toml:

This would break builds for users that migrated already. Not sure that we can bring #852 in a form that allows seamless update for migrated installs either.

WDYT of this? Would you prefer this over #852 in it's current form (incl. amendments as discussed).

Note: given that the configDir name seems to have a "global" scope, it would probably be better to choose a docsy-specific names like docsy-hugo-module and docsy-git-submodule rather than configModule and configTheme.

I see the point, but I'm not fully convinced yet, since this renaming removes the notion that this a a config dir.

Fix the build for docsy-as-submodule

Based on the above comment, I believe that it wasn't @LisaFC's intention to merge #801 and introduce such a serious breaking change: #801 broke the builds of most users.

It wasn't my intention either, and I wasn't aware of the fact that it would break builds. Anyway, that's history now, let's look forwards.

I think finalizing #852 is the way to go, I just presented a further idea how to make it work in the desired way. Due to other private and job-related oblgaions, I couldn't work on this during the week as wanted. I will investigate the opportunities during the weekend and will post my findings shortly.

Ooh, that's a very interesting approach, though does it mean that if you just run hugo serve nothing will happen?

Yes, in its current form, nothing happens, which will break existing build. Not good, no option at all.

Is there a way to make our current "submodules" behaviour the default as it means it won't break people's continuous deployment (including ours)?

Ther ecertainly is a way: we simply copy config.toml from configTheme the into site root. This will bring back the default submodule functionality to docsy, this is a must since we don't want to break exiszting builds. The question now is: With this file added, are we still allowed to use as hugo module. I have a way in mind, but I'm not sure that it works. I need to test it. Fortunately I do have a playground branch on my own, this wasn't the case in the past. I will come up with the results shortly.

Given the limited development resources that Docsy has, I'd suggest that we officially support only the release of Hugo specified in package.json (which we'll be keeping up to date):

You are addressing the issue of the officially supported version, while I was talking about minimum required version. Both are different concepts, IMHO, in that sense:

In order to find out hugo versions used out in the field, I started issue new thread inside our discussion forum.

Recommendation for 0.75.0 or later

I just found this issue in the example-site repo which explains the motivation behind this:

Some docsy code makes use of hugo.IsProduction (a feature that was added by gohugoio/hugo#6953). As far as I can tell, there can be only a single value for hugo.Environment, so setting it to module prevents projects from using production in production builds, etc. Does that make sense?

Yes, I see the point.

Unless we can find a way to allow hugo.IsProduction to be true while still using Docsy as a module, we won't be able to use the config directory approach.

I like the config directory approach, so I tried to make in work in another way: we now do have two config directories and we can use hugo's --configDir option to select one. That's how it is supposed to work:

Empty default config directory at the beginning, the user has to give --configDir to get it up and running. After successful installation, the user may symlink config directory to one of both directories to make it the default way of running. Checks are failing now for this PR, this in on purpose. Not being able to start up the site in the default setting via hugo serve may sound harsh at first glance, but I see three advantages:

@chain, WDYT? If you like it, I will start testing my new approach.

I just skimmed through our sites, looking for minimum required hugo version. That's what I found:

I have two problems with that:

What was the reason of recommending 0.75.0 or later? Can anyone shed some light on this? Thanks.

This solution seems promising, but I'm concerned that it won't work for projects who want to use modules in a production environment.

Can you elaborate con your concerns a bit, please? What are you exactly concerned about? Why do you think that a multiple config approach might be more promising?

Documentation on how to use theme as hugo module

I think this block (hugoVersion) isn't necessary for the users to include it.

You are right. I removed this block from the config file.