tensorflow
If you are wondering where the data of this site comes from, please visit https://api.github.com/users/cgunther/events. GitMemory does not store any data, but only uses NGINX to cache data for a period of time. The idea behind GitMemory is simply to give users a better reading experience.
Chris Gunther cgunther Room 118 Solutions New York, USA http://room118solutions.com

Authorization Gem for Ruby on Rails.

Migrate multiple tables with similar schema at once

Screenshots are not taken when using multiple windows 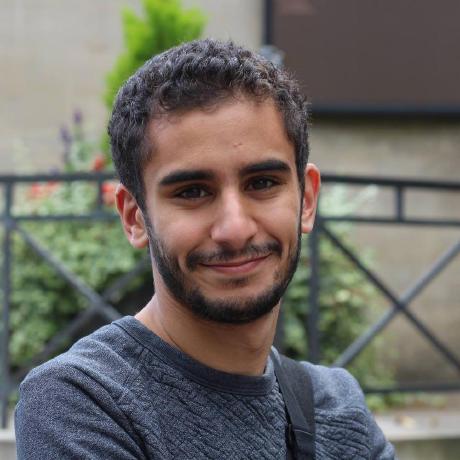 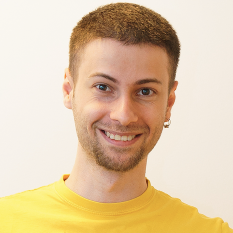 This is a continuation of #245, starting with @dreyks's work and trying to address @mattheworiordan's feedback

Fix internal use of deprecated `Excelx::Cell.new`

I tried using the recommended Excelx::Cell.create_cell, however it expects a type as the first argument. #set tries to infer the type via cell_type_by_value, however it only returns :float or :string, but Excelx::Cell.cell_class doesn't support :float.

Therefore I landed on simply using Cell::Base. It's probably not the most accurate, but given persisting the spreadsheet isn't an option, the uses for Excelx#set should be minimal. In my case, I simply use it in testing to avoid creating new files for every possible scenario, opting to manually set various cells to triggered assorted scenarios.

Roo provides an interface to spreadsheets of several sorts.

Stop depending on bundler for development Not sure that's a common practice? It was way outdated anyway.

Force intermediary PNGs to be 24 bit If the source PDF is black and white, ImageMagick will try to convert to grayscale, but then it seems to complain that the RGB color space (I guess from the source) is not permitted on grayscale PNG. Forcing PNG24 avoids the grayscale conversion, and thus the warning.

Ah, right, it's post-checkout, so I guess that means by the time this runs, the current branch is the target, not the source. Mentally, since branchbot hasn't returned my terminal yet, I assume the branch hasn't actually changed, but that's likely wrong.

This was a once-in-seven-years issue, so certainly no urgency, just wanted to document it while it was fresh. 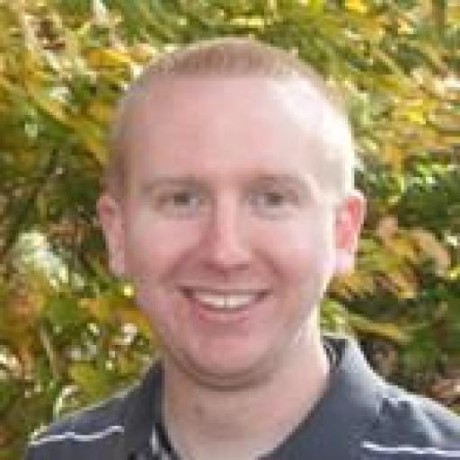 Yup, check out a new branch foo, mess with the DB without committing anything, then do something to trigger branchbot.

If you don't mind depending on git output, git branch shows an asterisk next to the current branch:

On old capistrano deploys, we used to grab the branch name for staging like:

We conditionally set it as the deploy branch as I'd guess it may not mark a branch if you're in detached head mode, where you have an individual commit checked out (or maybe a tag too, or maybe even in the midst of an interactive rebase).

In both of your examples, I agree because you're not actually changing branches, however I don't think that's the extent of possibilities for both heads matching. Imagine this scenario, starting on master:

The heads match, so we can assert no code changed, however we can't guarantee no data changed. In a perfect world, we'd almost need a "head" reference from the database. Certainly an obscure case, but theoretically possible.

Maybe this is a scenario we prompt for what to do, assuming prompting is possible within a hook?

I just hit this, didn't get a chance to dig in, but documenting it a bit for future self.

If you're on branch foo and run git checkout (no arguments, meant to run git checkout . to discard changes in my working directory), git leaves you on branch foo, but the hooks seem to cause branchbot to dump the state of the current database (branch) as master, which effectively just blew away your master dump, replacing it with your feature dump.

I'll have to come back and test this a bit more to confirm, but assuming that's reproducible, I'd be curious if we can catch this and do something better, either not dumping at all (you're not really changing branches), or at least not dumping to master.

Now it's impossible to define the same field twice.

As a result, had to fix a number of occurrences of fields repeated between fields and another definition (ie record_refs, read_only_fields, field).

The only notable fix is on Invoice, where bill_address and ship_address were previously defined as fields, then got repeated as search_only_fields. In old APIs (<= 2014.1), these seemed to actually be fields, however in newer APIs (>= 2014.2), they no longer are. I'm erring on the side of newer APIs here, removing them as fields and leaving them as search_only_fields.

Search only fields are not added to an upsert/add payload

Whoops. When defining the initial list of search_only_fields, I manually compared the fields of TransactionSearchRowBasic to the fields of Invoice and skipped any that existed on the underlying Invoice record, but other_ref_num must have slipped by.

I opened #487 as a quick fix while we discuss a long term fix.

I had a hunch this might arise, but figured it'd be once a shared concept was extracted for TransactionSearchRowBasic that could be shared amongst multiple records (ie. Invoice, CreditMemo, etc.).

What you're describing could work, but then there's still an issue if fields happens to be called after search_only_fields, right? We'd maybe want to update the field logic too to error if you're passing a name that was already included as a search_only_field.

I wonder if part of the problem is that behind the scenes search_only_field also calls field. Maybe field needs to be split up between appending to the list of fields and defining the reader/writer methods, the latter of which likely being the only part search_only_field cares about. 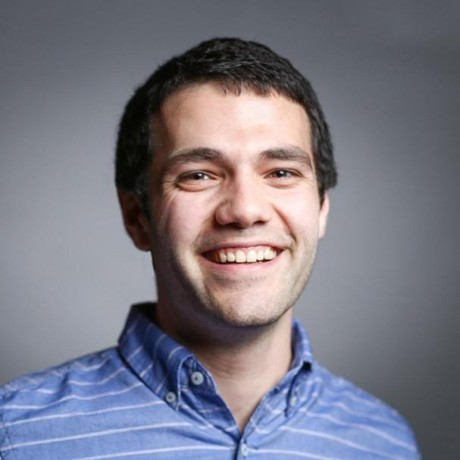 This prevents the fields from being included when pushing data to NetSuite.

Discussing a longer term fix in #486.

Add support for HTML attributes of optgroups to select helper

PR #11517 updated grouped_options_for_select to allow passing HTML attributes of the optgroup as the last element of each array, which is called internally by select when it detects grouped choices.

However, the select helper detected grouped choices by seeing if the last element is an Array, meaning if you passed a hash of HTML attributes, it would no longer treat the choices as grouped. This conflicted with grouped_options_for_select, which assumes the individual options are the second element, not the last element.

Now there's agreement between select and grouped_options_for_select in expecting the individual option choices to be the second element, allowing the hash of HTML attributes to exist as the last element and properly trigger grouped options.

Since this mismatch existed since v4.1 (when #11517 was merged), if this can be backported to at least v6.1, that'd be much appreciated to avoid having to wait for v7.0 to be released to take advantage of.

Explain search only fields in Readme

Had we buried these search-only fields in custom fields, like #426 first attempted, then I'd find that more surprising and warranting clearer documentation.

Thanks for the quick merge!

Speaking mainly from the search scenario I provided above, exceptions would be fine. In my case, I'm throwing an exception anyway when the search returns false, so having the gem throw it itself, plus with details of the exact error, would save me a step of having to check for a false return value.

I think #405 could be a good basis, potentially having a generic error class, then on a case-by-case basis introduce more specific classes (ie. PermissionError) if they might be handled differently on the application side.

I also think #405 does a better job of addressing the problem at the response, rather than in the action class method, which might require repeating the handling for each action implementing a class method. 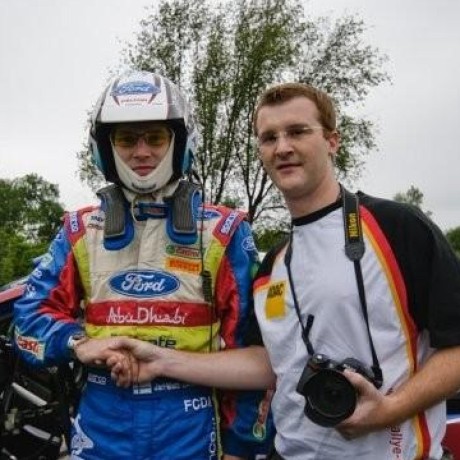 I'd agree, this is predominantly addressed by 676a618. 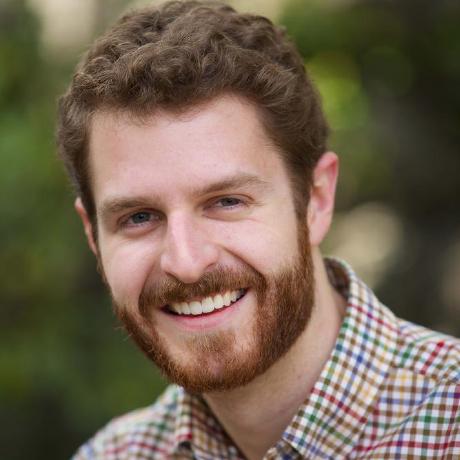 This is a continuation of #426, addressing some snags I had using it to address a similar problem (https://github.com/NetSweet/netsuite/pull/426#issuecomment-778261253). Thanks @davidlaprade for the great starting point.

internal_id and external_id are now extracted from the search result to the record.

For API versions 2013.2 and newer, the non-standard fields returned in search are added as custom fields on the record, using the field name as script_id.

In wrapping this up, I'm noticing that both the real custom fields and the non-standard search result fields wrap their value in a searchValue element, however typically for custom fields, it seems to be wrapped in a value element, which the record then defines a helper method to access: https://github.com/NetSweet/netsuite/blob/438c233fc0ede0acbeb7f9fbe8c9d8004fb4654a/lib/netsuite/records/custom_field.rb#L17-L19

As this PR stands now, you'd access a non-standard search result field (or custom field) via: my_record.custom_field_list.my_custom_field.attributes.fetch(:search_value). However, after a typical get action, you'd access the same custom field via my_record.custom_field_list.my_custom_field.value. This doesn't appear to be a regression due to this PR, just an existing issue that may be surfacing now. When dealing with search results, would it make sense to copy the :search_value attribute to :value to ease using the same #value helper?

I'm still new to NetSuite so I'm not sure if I'm overlooking something here.

When performing a search, there's additional columns that can be requested that aren't normally on the record. Previously such columns were not accessible via this gem's search results.

Now these columns can be accessed just as you'd access a regular field or read only field.

Starting with InventoryItem and Invoice.

Ultimately, these are fields of the ___SearchRowBasic (ie. ItemSearchRowBasic and TransactionSearchRowBasic), so eventually it may be wise to extract a module encapulating those SearchRowBasic's and include that in the relevant records to avoid duplication of search only fields across multiple records (ie. Estimate, SalesOrder, Invoice, CreditMemo, etc.) that all utilize the same SearchRowBasic.