golang
If you are wondering where the data of this site comes from, please visit https://api.github.com/users/Picoseconds/events. GitMemory does not store any data, but only uses NGINX to cache data for a period of time. The idea behind GitMemory is simply to give users a better reading experience.
Picoseconds

A working (in 2020) MooMoo.io private server that is constantly getting updates!

Represent a minecraft item with its associated data

A working (in 2020) MooMoo.io private server that is constantly getting updates!

Reported on Meta.SE in the following posts:

Reported on Meta.SE in the following posts:

The video below shows what happens if one holds the <kbd>↓</kbd> key. I think it'd be preferable if it doesn't loop around, especially since holding the <kbd>↑</kbd> key doesn't loop.

Markdown used in the demo:

Blockquotes are rendered automatically in rich-text mode, but spoilers aren't.

The following Markdown will produce two images next to each other, but the preview will show them under each other:

This is what the editor shows: 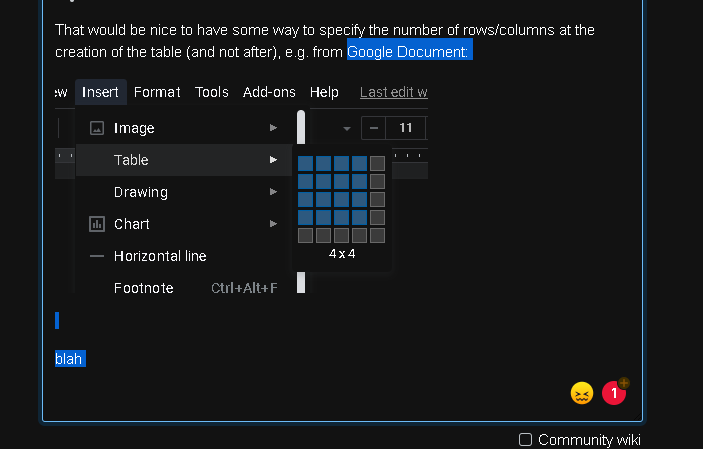 There is no way to create many custom markdown-only nodes in rich-text mode. These include:

Add in a way to add these via rich text. Shortcuts are a given, but perhaps we could add some buttons to the UI somewhere that isn't overly intrusive or cluttered.

The <kbd>Ctrl</kbd>+<kbd>K</kbd> shortcut is what I always used to indent/unindent code blocks but...

This sounds oddly familiar. There was a bug in Firefox 86 where this kind of behavior started popping up in code blocks. I've reported this issue upstream and the ProseMirror authors came up with a workaround. I'd suspect dropping a new release will fix this issue. See #13 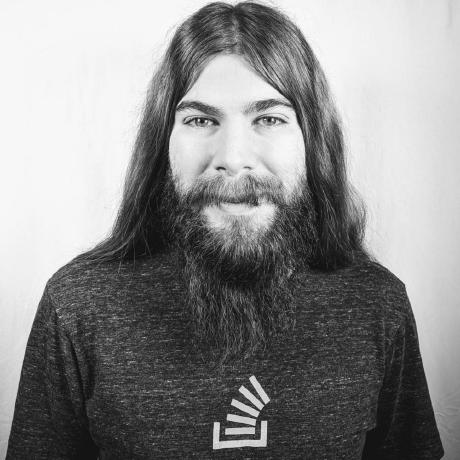 Inline code elements trap cursor at the end of a line

Expected: you are typing in plain text, and not in the inline code block

Expected: The text will be pasted into the inline code block, and the cursor will be at the end of the text

On the phone it'd be nice not to have to horizontally scroll to be able to access all the edit buttons. 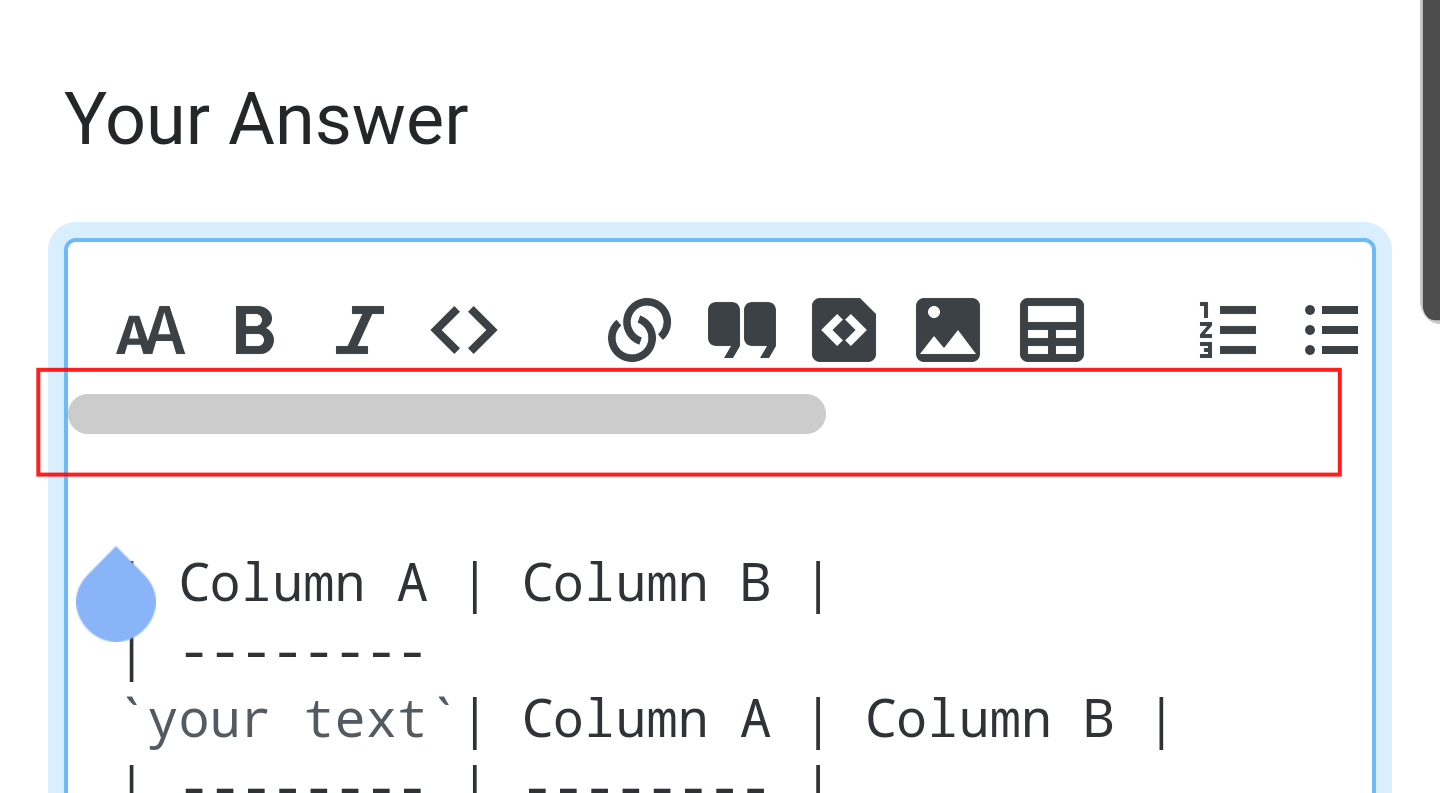 Can we have the toolbar tooltips show the keyboard shortcut for inserting that element into a post, like the previous editor did, so it looks like this:

When typing 1. test in Rich Text mode, the editor automatically recognizes it as a bulleted list. Great! When typing 1) test, it doesn't:

but when toggling between Markdown and Rich Text mode, it is recognized:

Add ability to paste a link to an external image

Clicking the "Insert image" button opens up the following:

Which used to feature the ability to click the "paste" link to quickly paste an image or link. Here's how it looked in the older editor's tool:

And once you clicked "paste," you were greeted with a user-friendly textbox:

I take a lot of screenshots using third-party snipping tools (which auto-upload them to various image hosting sites, copying the link to my clipboard in the process), and I liked quickly uploading them using the "paste" link in the older tool, as it very quickly uploads them to Stack Exchange's imgur hosting service. Now, the only option available to me is to open a file dialog. I can paste the link directly into the "File name" portion of the open file dialog, but the ability to quickly paste a link without being taken to another window was far more streamlined.

Could you reinstate the ability to paste a link in the image insertion pane?

Can we please make it such that we can do the intuitive thing here and select an entire row and remove it by pressing backspace / delete. Instead of having to go through the dropdown-menu to remove a row.