tensorflow
If you are wondering where the data of this site comes from, please visit https://api.github.com/users/Pecacheu/events. GitMemory does not store any data, but only uses NGINX to cache data for a period of time. The idea behind GitMemory is simply to give users a better reading experience.
Ray Pecacheu VA

Node.js module for DualShock (3 and 4) controllers.

Burn firmware to an Arduino using another one as an ISP

SumoBot 3.0, for both servos and steppers.

Yeah, I got most of that, but for it work in normal C++ (unit tests) requires a lot more effort on top of that too. Plus it needs to be a all or nothing approach.

Oh yeah lol, I wouldn't have thought of that.

In other news hopefully I can continue to test this library at all cause I think my not-even-that-old air con is angry at me for experimenting with it, and doesn't want to work with any remote controls anymore some days XD

That and I need better IR LEDs cause the ones I have are super-weak. Might try those Adafruit "high power" ones, but damn are they expensive (as far as LEDs go). 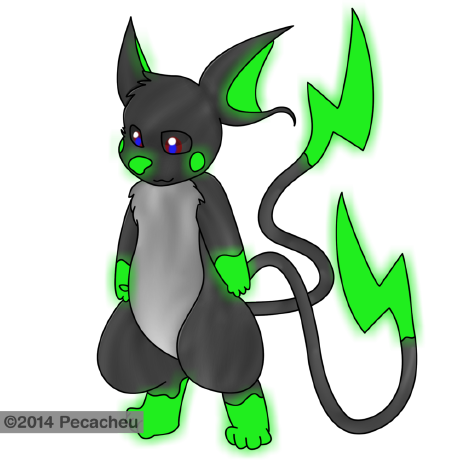 I can see a "Parse a spec and implement it" method for the simple protocols. i.e. send X many bits in a certain way. But for the complexities of the A/C protocols, I can't see it being implemented without a Turing complete language of sorts. Bags not implementing that on an ESP chip. ;-)

Lol yeah, that's what I was worried about, pretty much would have to 're-invent the wheel' so to speak to implement that for the complex protocols.

FWIW, I've been looking into the entire mess that is F(), PSTR(), __FlashStringHelper, PROGMEM, etal. It's complicated, but it looks like an entire re-write of how we do strings & constants would be required to store things in flash, rather than SRAM.

Well I can show you what I learned from using them in my ESP programs, I don't know everything about them but here's how I've been using them:

PSTR() is a macro to put a string in PROGMEM in-line. Access time to PROGMEM strings seems to be just slightly higher since they have to get moved to RAM to actually use them, but they don't take up any RAM space except while they're in use.

Some functions, like printf, have a special version you must call to use PROGMEM. Not using this function will give you no error at compile time, but at runtime it'll cause a crash. Serial.printf_P(PSTR("Hello %s\n"), name);

That's why they created FlashStringHelper. That way, you can be sure that a string IS or IS NOT stored in Flash and call the right version of a function. That's also where F() comes in. It's basically a combo-macro that stores a string in Flash using PSTR(), then pulls it out from the Flash as a FlashStringHelper.

Also, if you need to pull a FlashString into RAM to manipulate it directly (instead of just printing with print or printf), use the strcpy_P function. That was one part that took me a while to figure out, until I realized that all these 'P' functions exist for stuff like this.

v2.3.2 - Fixed deinit bug with copied instance of NetAddr by using explicit copy constructor. - Made vars const where possible - Use g++ by default

v3.6.2 - Fixed potential SEGFAULT with httpOpenRequest - Use g++ by default

v8.4.4 - Improved loadAjax - Added utils.VER to get version. - Actually used correct version of "its" (shut up aight, you know you've done it too)

Like I said earlier, are you including the symbol table (i.e. a non-stripped binary) when you're running GDB? That might be your issue. I spent a fare few hours yesterday going over ways to reduce memory usage, espectially SRAM etc on the arduino platform/framework. We do most/all of what they suggest. A lot of the guides seem to indicate the compiler's RAM estimates are accurate, given that is typically the block/section of the binary that is loaded directly into memory for "global" / SRAM memory at the start of execution. Thus, it makes sense that value is accurate.

I guess it's possible that the act of including GDB affects the program. Though what I meant by the RAM estimate not being accurate is, I've noticed that in many programs the readout of the RAM usage at runtime, even right at the start of the program, can be much higher than the estimate. I don't think the compiler can really predict various dynamic allocations that go on during initializations of classes and libraries, etc.

Well, it is one of the better public style guides out there. None are perfect. Better to have a style guide than no style guide IMHO. Perhaps you've better. I'm not sure you can blame Stadia on the style guide. ;-)

Heh, I suppose that's true. But hey I just like making fun of Statia lol

That's what I think is happening cause I'm using some of the debug functions of the library related to the IRRecv, and I've noticed that if I go crazy pressing buttons on my remote for 20 minutes straight I can start getting issues much faster. So my theory is that this miiiight be more the fault of Arduino's String class than your library's fault. I noticed that the library does try to do some pre-allocation of the strings to prevent fragmentation. I'm sure that helps but it seems like that... isn't perfect.

I'm not sure what you're doing, but you can have multiple classes/protocols/etc on the same "IR instance". The library doesn't stop you in any way with respect to supporting/controlling multiple devices from a single ESP chip or via a single IR led.

It does though, the IRSend instance in each protocol class is a private variable you can't access. And maybe I'm doing something wrong but having more than one IRSend for the same IR LED seems to conflict with each other. Whereas when I modify the library to make the IRSend instance public, and use the same one for multiple protocols, it does work.

If you have a way of "loading in/out" code without storing it in flash, I'm all ears. I've been unable to come up with one that is acceptable. Loading in remote interpreted code across a network isn't an acceptable solution IMHO. ;-)

That's true, like literally loading a binary of each module over the network would be all kinds of insane, but I am trying to think of a way to do something like that... Like being able to dynamically add support for a new protocol without a full OTA update would be nice, through some sort of like... JSON file type thing. But then the parsing for that would take up space and all but idk... Maybe a silly/dumb feature lol

@crankyoldgit That's weird, considering that GDB found that those const variables inhabited the RAM address space and were all taking up room there. But keep in mind, the compiler's RAM usage numbers are just an estimate, they're different than the true numbers that you get at runtime.

It could be that PROGMEM actually does improve the situation at runtime (#define did for me when I did a CTRL+F replace). I would assume that a PROGMEM const would be just as good as define with none of the pitfalls.

Though frankly there's a lot of messy code in this library and bugs I've had with fragmentation after running for a long time, not to mention the codes in the AC class for the LG AC not being quite right for some of the functions, despite being for the exact same remote model I have, so I had to fix them. Oh yeah and a fahrenheit mode was missing too and it was a pain to implement because the library wasn't really set up with the best practices of code modularity. And that's depsite that craptastic Google code style guide (yeah read though that thing and it was an absolute disaster... All I'll say is, no wonder Stadia was a mess on launch lol)

The other thing is you can't dynamically load in/out different classes of device/AC, or even use multiple at once on the same IR instance, which seems like a fairly big oversight and was something I need to do. At this rate I'm considering just stealing the decoders I need (with credit of course) and putting them in a more basic IR library.

So I have a number of suggestions/issues/bugs and I wanted to give my feedback for improving this emulator project. But since there's no issues section it seems I have to use the pull-request system as a work around, so sorry about that. I'm not that experienced with Android development so I'm not sure how much of this I could help with, but I mean, if I find some free time I guess I could try to help with some simpler things. Anyway, here they are: