golang
If you are wondering where the data of this site comes from, please visit https://api.github.com/users/KOLANICH/events. GitMemory does not store any data, but only uses NGINX to cache data for a period of time. The idea behind GitMemory is simply to give users a better reading experience.
KOLANICH KOLANICH KOLANICH inc. DeepTown

Compilation of *.ksy into *.py from python

Work in progress, it's not finished.

Creates "tags" for WxHexEditor for a given file

A library to compute endianness remapping

Note: this only applies to arkenfox, not anything else you have added from all those sources listed in your txt file 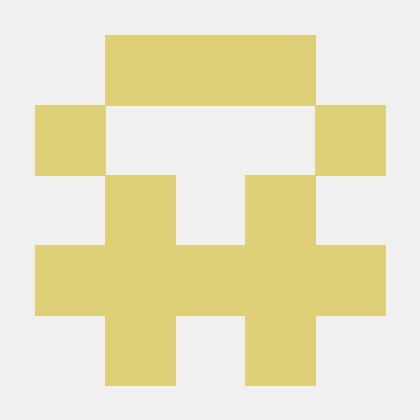 I've been following you since quite some time but haven't updated in a while and got a bit lost. When I run a diff on the current version there are a lot of changes and most of them are deprecated settings, I think. Could it be possible to have a file containing only what has disappeared? (Deprecated does not mean disappeared) I can help test it on Mac and Linux if needed? Regards,

JB PS: not an Issue just a question.

everything deprecated prior to FF78

everything that has ever been in the user.js but is now removed (and not removed due to deprecation)

This will clean up all old prefs, deprecated and removed up to ESR78

To reset deprecated ones in 78 or later, either go through the list at the end in the user.js, or run prefs cleaner

I've been following you since quite some time but haven't updated in a while and got a bit lost. When I run a diff on the current version there are a lot of changes and most of them are deprecated settings, I think. Could it be possible to have a file containing only what has disappeared? (Deprecated does not mean disappeared) I can help test it on Mac and Linux if needed? Regards,

JB PS: not an Issue just a question.

Hi @MarshalOfficial , I really don't care about the platform since I've never actually used one. Anything is good to me, so we could use Trello as you said. I'm happy to adapt to your needs. Anything that fits our uses is fine.

Correct me if I'm wrong, so this project's goal will be to give people a place where they can describe what they learnt from a book? Your description about this project is just not fully clear to me.

Exactly, yes. the project goal is to let people share a summary of a book that they read in this. great. so we can start in Trello documenting. for the tech stack, what are your preferred backend framework and DB engine, and what for front-end? 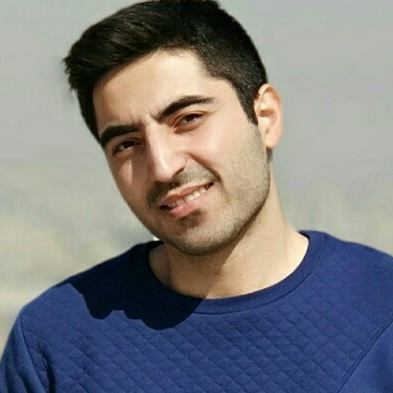 I'm done tracking this: you're going to get weird edge cases until the interwebs get their shit together and HTTP is outlawed 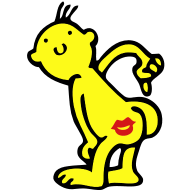 I don't use CB: but I would suggest just using the canvas protection with it's default settings

It is important to protect the real value. It is not important to hide that you're lying. Blocking is a last solution, no one wants that. Faking is much better. Faking comes in two main flavors: static and randomized. All randomizing can be detected [there are some exceptions to this rule, but in a set of RFP or Brave or TB users, that doesn't apply: you can infer it]. You most certainly cannot hide that canvas is altered or randomized

Everything below is specifically about canvas

Faking like RFP used to do as a static result (all white canvas), is pretty much the same as blocking: totally unusable, you might as well block it

Randomizing as RFP does now is better, as it can fool naive scripts. RFP does this per execution. So two checks with different results reveals this. RFP is not trying to hide. The result is still unusable, as RFP also totally randomizes: all pixels, all channels, big changes in rgba values. It does this because when canvas protection was added there were most likely time constraints and engineering issues, and definitely real concerns over protecting any random seeding. RFP is built for Tor Browser after all. And canvas use four years ago wasn't the same as it is today: e.g. sites today even use canvas where they don't need to such as the ability to upload and display images. Just a fact of life out of anyone's control. At the time, RFP added a site exception (session or permanent) for canvas to alleviate this

RFP doesn't care about persistence (per eTLD+1) or protecting any random seed, so it's irrelevant to RFP

A canvas site exception is very granular. It doesn't affect other RFP measures even on that site. The "real" canvas would only leak on those few sites you allowed an exception: and over those sites, the scripts for canvas would need to be the same. The threat is somewhat minimized. There is a reason canvas does not have a default off.

Extensions, and Brave, that use subtle randomizing are trying to auto-solve the breakage. And that's good, because canvas use is growing and breakage sucks. This is where persistence per eTLD+1 and protecting the random seed come into play. Brave persists over a browser session. I think CB persists only as long as the site is open in any tab. This persistence is always detectable, i.e that it exists, not whether it is per session or per eTLD+1 or while an eLTD+1 is open. What channels are changed is detectable. What % of pixels is detectable. What range of subtleness in value changes is detectable. Even what canvas size you have exceptions for is detectable. Not that all scripts would check for all this: but you can absolutely fingerprint the noise (which is not an issue for built-in browser solutions like Brave: everyone is the same).

Which one is the right approach, who really knows. Maybe some hybrid tied to a slider, like Tor Browser could use standard (subtle) vs safer (full on), or like when you allow a site exception for canvas fall back to subtle random. Along with heuristics and user gestures (not keen on this), and discoverability (e.g. of the canvas urlbar icon)

Maybe RFP/TB will entertain the idea of using subtle randomizing, but it's risky IMO. Brave's first iteration went for over a year before someone told them it was too subtle. This is now fixed. But it is still probably susceptible to being averaged - this is probably OK for a mainstream browser user's threat model, but not for Tor Browser (which is what RFP is designed for). Don't get me wrong, breakage like canvas turns people off, and protection against very advanced scripts and determined attackers requires uptake: so Mozilla need to solve this canvas issue sooner rather than later. They're working on it, it's just slow and not super high priority given more immediate fixes and bigger payoffs elsewhere 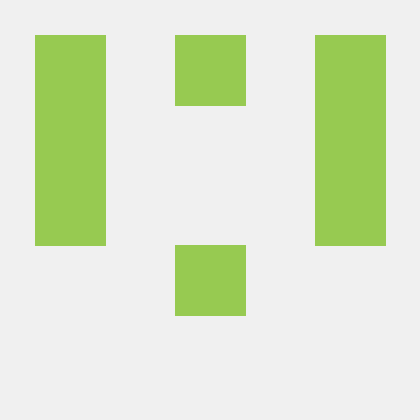 I just made a bunch of additional cleanup on this format spec, mainly changing the vector types to something a bit less alien but I also renamed 'constraint' to 'joint' to match what UIs call them and documented some other fields which were lacking a bit. 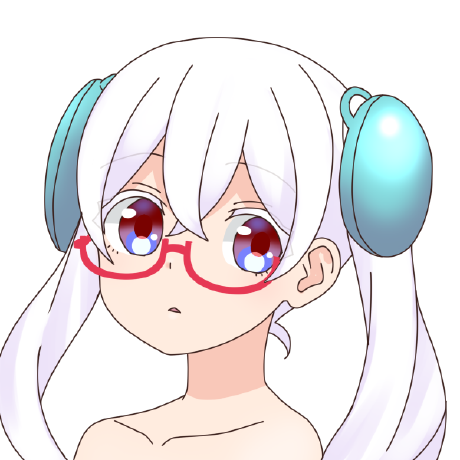 In your oppinion, for web anonimity purposes, I want to ask:

I will send this to the Firefox team, and maybe it will be a reality in the future. Thanks for the explicit information.

Internal pages in AliExpress are broken with user_pref("dom.enable_performance", false); 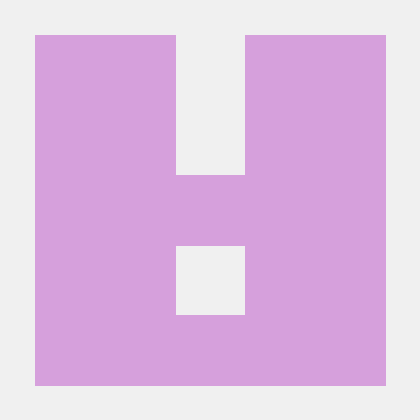 hardwareConcurrency as inactive seems out of place, I don't see that as breaking anything: maybe we made it inactive when RFP covered it, but never adjusted it when we made 4600

Looking at the uptodate https://www.w3.org/TR/navigation-timing/#privacy and the security section under that

Internal pages in AliExpress are broken with user_pref("dom.enable_performance", false);

Throw TypeError if dataPrefix is present and empty

A BufferSource doesn't have a length attribute. Looking at https://heycam.github.io/webidl/#es-buffer-source-types it doesn't look like there is an existing algorithm to get the length of a buffer source so I would move this step to between when we use the "a copy of the bytes held" algorithm to create dataPrefix and when we set it to an empty sequence if the dictionary member is not present. 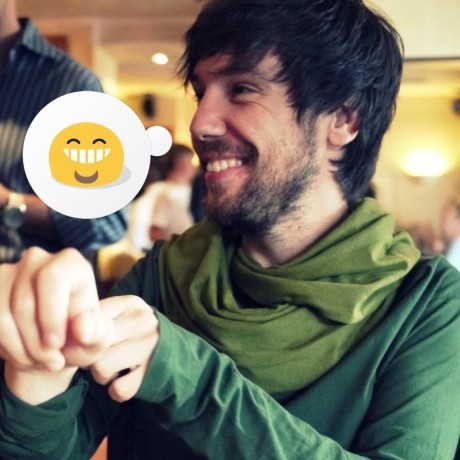 Is this intended to discourage research like "Dependency Confusion" or would this kind of research still be allowed under this policy change?

GitHub will actively remove typosquatting and dependency confusion attacks from package registries to protect end users. The implication here is that researchers should not have an expectation to keep dependency confusion and typosquatting research up for any prolonged time in package ecosystems such as npm. GitHub is working in the next few months to increase the scope of our bug bounty program to include core npm infrastructure and services. This program will provide a clear path to share future research and vulnerabilities in the npm platform while also offering a way to reward researchers for their work. 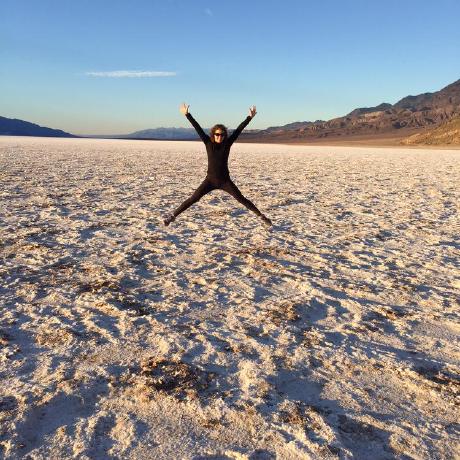