tensorflow
If you are wondering where the data of this site comes from, please visit https://api.github.com/users/HansOlsson/events. GitMemory does not store any data, but only uses NGINX to cache data for a period of time. The idea behind GitMemory is simply to give users a better reading experience.
Hans Olsson HansOlsson Dassault Systèmes 55.71056172306926, 13.234561042716033 https://www.3ds.com/products-services/catia/products/dymola/latest-release/ Working on Modelica since 1999

Specification of the Modelica Language

A semantics compliance suite for the Modelica language

Free library providing components to model discrete event, reactive and hybrid systems in a convenient way with deterministic hierarchical state diagrams. Modelica_StateGraph2 is not fully Modelica compliant and might never be. For clocked system Modelica 3.3 introduced state machines, but for non-clocked systems this is still a good alternative.

For refreshing understanding of git commands

LaTeXML: a TeX and LaTeX to XML/HTML/ePub/MathML translator.

A semantics compliance suite for the Modelica language

Source for my new Modelica Book

In German, however, there is no explicit term "shut" that indicates how the capacitance or conductance component is connected, as this clear to engineers as we have no series capacitances / conductances in the physical representation of line/cable/wire models.

I can understand that, but the proposed types are in Modelica.Units.SI and the connection to line/cable/wire models aren't clear. It might be that a comment would be an alternative. 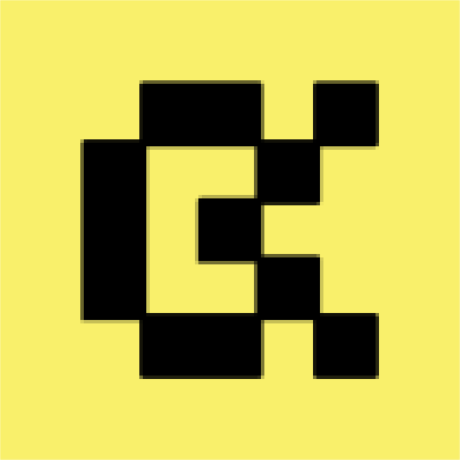 I would say it doesn't matter if they exist, as if they exist they are material properties, similar to resistivity and conductivity - and not an engineering unit for electrical lines/wires/cables.

I was misled by the units - but just because the units match, the quantities are not necessarily the same.

Furthermore, in absence of a precise position from the IEC, we are obliged to get info from other sources, I've checked several internet sites, selecting those that sounded high quality and mother tongue, and found much more frequently "resistance per unit length" than "resistance per length"

To me the obvious part isn't fully that obvious, since some of them like conductance are between the lines (or between line and ground), whereas some like resistance is along the line.

Per length quantities are typical data sheet values provided by cable and overhead line manufacturers. These parameters are used in transmission line equations.

Ah, I see - and I now I understand my confusion. A normal resistive component has a resistance and the inverse of that is conductance. For the telegraph equation: Resistance per length is for one wire (and the next one sort of in series); I had no problem with that. Conductance per length is between different wires, and thus also makes sense (sort of in parallel).

So my issue is that this difference between value for one wire and cross-conductance between wires isn't clear with the proposed names.

Hmm... This makes me suspicious about the g-parameter for OLine.

BTW: For real ones we have:

For complex ones we have:

Many of these names seem very misleading to me.

Specifically if you have an 1m wire with admittance S, and cut it in half you don't get an object with the same admittance per length, right?

If we look at https://en.wikipedia.org/wiki/Electrical_resistivity_and_conductivity we see that Conductivity can be seen as S*m/m2- which simplifies to S/m, but I wouldn't say it is "per length" but "per area divided by length".

I don't know the standard names of these, except resistivity for resistance.

Note that this issue should not be confused with the need for more general curve expressions. That is, plotting der(x + y) is a completely different topic, and I'd even say it's another step beyond plotting variable derivatives and simple expressions such as x + y.

I agree that plotting der(x+y) would be complicated, but if we support derivatives and simple expressions we could plot der(x)+der(y) - which is the same (assuming it exists). 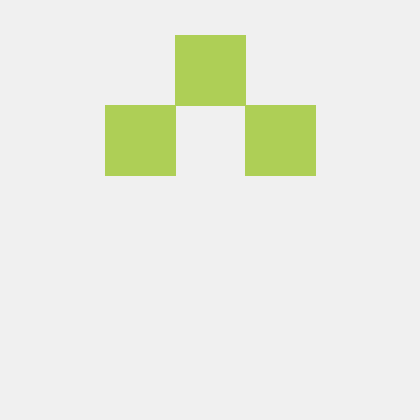 Are multiple dependencies on different versions of the same library allowed in Modelica?

However, since we want libraries to expose Interfaces for interoperability I don't see that internal use inside libraries will be overly useful for Modelica.

There is no nominal typing except for external objects, right?

There's also for operator overloading. However, my point was slightly different:

The interfaces should be compatible since they just boil down to the type and unit.

In many cases, but I could see that a new version renamed some connector-variables; and/or changed their type.

The problem isn't converting the libraries as much as it is making people convert their libraries...

Well, similar issue. To me one of main issues is that people are hesitant to do it - and also hesitant to use the new possibilities to simplify their work-flow. 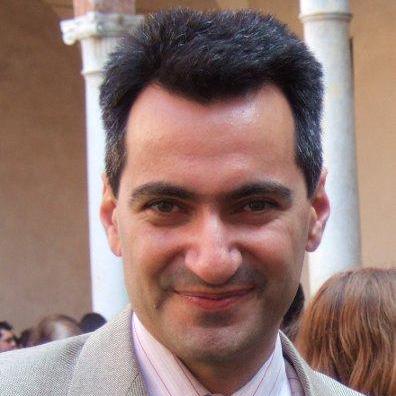 Are multiple dependencies on different versions of the same library allowed in Modelica?

TL;DR: Having multiple versions together should be forbidden. I would say that it is already forbidden (but we can make it more explicit) as the used libraries in MODELICAPATH are loaded in the global scope, and the global scope can only contain one version of each library, https://specification.modelica.org/maint/3.5/scoping-name-lookup-and-flattening.html#static-name-lookup

Longer: As I understand having multiple versions of libraries would be somewhat easier if they are only used internally in other libraries, and not directly exposed to the user. I've heard that Lua has that (using internal tables), but I cannot find any link at the moment.

However, since we want libraries to expose Interfaces for interoperability I don't see that internal use inside libraries will be overly useful for Modelica. Thus if we want handle multiple versions of a library we also need to handle:

If there are any issues with converting libraries I think we should work on that instead.

BTW: Dymola can support the similar scenarios as the one in original post (except that libraries should be ordered), but the classes using outdated versions will be read-only (as I recall we can do it even if there are conversions in the case they wouldn't impact your library). The read-only part is needed because even if no conversion is needed to convert to the new version it might have introduced a new class or parameter, that didn't exist in the older version and keeping track of that would be too complicated.

This line is only formatting, right? 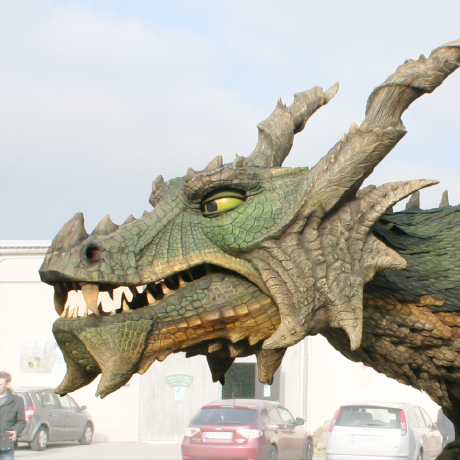 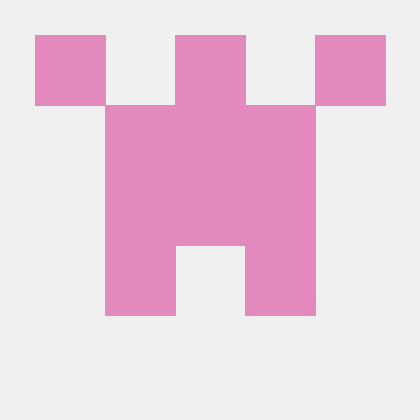 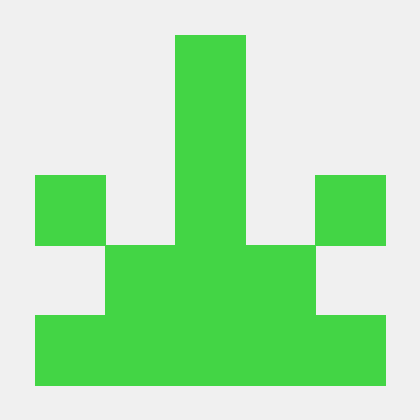 Avoid just a '0' in \lstinline when generating HTML Fixes #2991. Actually, it's more of a temporary workaround and we'll have to return this once we've switched to a future version of LaTeXML where the upstream issue has been fixed.

Update comment after LaTeXML issue being fixed promptly on 'master'

Avoid just a '0' in \lstinline when generating HTML

Fixes #2991. Actually, it's more of a temporary workaround and we'll have to return this once we've switched to a future version of LaTeXML where the upstream issue has been fixed.

The integer literal 0 is not properly rendered in the generated HTML:

Fix formatting of 'when', 'elsewhen', and 'when initial()'

Merge pull request #3000 from henrikt-ma/cleanup/reinit Fix formatting of 'when', 'elsewhen', and 'when initial()'

Ok, so the problem is only in mode-equation, and the result is that mode is just shifted a bit in time, whereas startForward is somewhat unpredictable - but with small "integral".

I can understand removing startForward and startBackward, since they are false outside transients that aren't important for the reference (so if we just integrate the error we will get zero regardless of whether it matches the reference or not) - but keep mode, free, etc.

Clarification on where reinit is allowed

B is explicitly mentioned in https://specification.modelica.org/maint/3.5/equations.html#initialization-initial-equation-and-initial-algorithm

Turned equations into assignments in when-algorithm

Clarification on where reinit is allowed

I don't see any problems with A and B (I would say that B more commonly occurs using when {initial(),..}). For C and D the problem is that when-equations should exclude "Clocked when-clause" here and in other cases.

A simpler example illustrating this:

According to https://specification.modelica.org/maint/3.5/synchronous-language-elements.html#clocked-when-clause we just have equations in clocked when-clause (and they become clocked) so this should be legal; which makes sense.

However, this is in contrast to https://specification.modelica.org/maint/3.5/equations.html#when-equations when-equations where we must have a variable in the left-hand-side in a when-equation; since the variable is discrete and held as pre(x) (the semantics of clocked when-clauses is different), and thus the following is illegal.

So the conclusion is that clocked when-clause shouldn't be seen as when-equation, and that also makes C&D illegal.

As a minor suggestion, I'd put the end in quotes:

As a bigger suggestion, I'd like to point of the usefulness of rest-of-line comments for commenting out blocks of code:

I cannot see how that follows.

Remove the empty experiment and define it using a record instead (per discussions). Closes #2985