tensorflow
If you are wondering where the data of this site comes from, please visit https://api.github.com/users/Eosis/events. GitMemory does not store any data, but only uses NGINX to cache data for a period of time. The idea behind GitMemory is simply to give users a better reading experience.
Rupert Eosis Manchester

A repo made to share a simple coding task.

Colored terminal output for C and CPP in a single header file. Add some color to your life!

A tiny util for decoding / encoding b64 strings in the terminal as an argument, rather than piping through base64 -D.

Config files for my GitHub profile.

Any workaround for Firebase Firestore persistence in Expo?

I'm also facing this issue when trying to use Firestore's offline persistence with expo-firestore-offline-persistence.

@suzigit , Did you try the workaround described here ?

This has stopped the error you mentioned occuring on my android device.

In addition to that, I needed to build all using a Linux/amd64 platform in my docker devcontainer as the expo-firestore-offline-persistence library didn't install correctly on apple silicon ( I think this is related to some dependencies not providing linux/arm64 pre-compiled binaries. )

In the docker-compose.yaml file for the devcontainer...

Then rebuild the image. 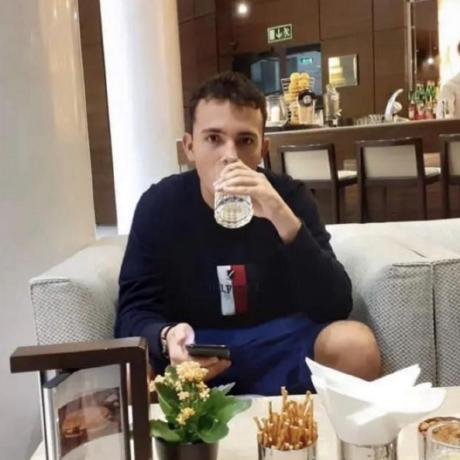